There are myriad ways in which “gamification” can play a positive role in the educational setting.

On Sunday, Tess Pajaron sent me a great article from Open Colleges about â€œThe Virtues of Daydreaming And 30 Other Surprising (And Controversial) Research Findings About How Students Learnâ€. One thing that really struck me about this article is how many of these findings indicated benefits that can come from the use of gaming in education. Some of the findings directly addressed the subject, while others were indirectly indicative of potential positive outcomes of gaming in an instructional context. 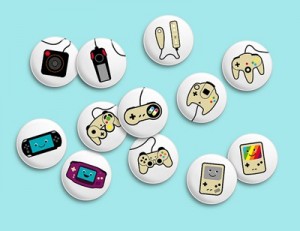 Of course, the â€œgamificationâ€ of education generally refers to the idea of incorporating gaming elements in instruction and instructional tools, such as the use of digital badges in an online learning application. But with findings such as those below indicating that game playing can enhance the learning process, it is logical to assume that the use of gaming mechanics and concepts in educational tools and processes can also yield benefits. Naturally, it is left to the reader to draw their own conclusions after perusing this content and the original published sources cited.

1. Game playing can develop a positive attitude towards mathematics for children

Mathematics can be a dry subject, “full of repetitive problems, formulas, and exams”. According to research from Deakin University, incorporating games in the curriculum dramatically alters studentâ€™s attitudes about math. â€œMore kids were able to articulate positive emotions surrounding math, as well as an increase in confidence about different concepts. There was more energy for math, more motivation, and ultimately more success. It seemed that playing math games helped to alleviate the tediousness of repetitive problem solving.â€

A study from The Australian Journal of Educational & Developmental Psychology, focused on the use of video games to help children with ADHD, indicated that a video game designed to teach kids how to control their breathing and heart rate had a significant impact on their behavior (note: the sample size was small and more research is needed). This finding certainly runs contrary to the idea that video games make children ‘hyper' or that ADHD is a result of overuse of video games.

3. Children who construct their own video games experience increased cognitive and social growth

Research outlined in the Lookstein Online Journal indicates that â€œchildren show cognitive growth when they are given the task of creating their own video game. In order to develop such a game, students must use prior knowledge, create links between scenes, and take control of their learning through trial and error. Children must use logic, survival skills, and generate new ideas and solutions in order to complete the game.â€

â€œImaginative scenarios, in which children take on roles, props, themes, and collaborate with other children, is one of the most crucial avenues for development.â€ Many different games provide such scenarios, offering an opportunity for development. Of course it is also very important that kids also have time to play in traditional social groups. In an article written by the National Association for the Education of Young Children, the argument is made that â€œplay is an ever-evolving skill that children must be guided through. The classroom must allow room for play-based scenarios, as they are one of the building blocks of learning. It is within this context that children build the preliminary skills for advanced academic understanding.â€

â€œIn this study done by theÂ Australian Journal of Educational and Developmental Psychology (looks like the study is offline now â€“ this is the same resource that was referenced in no. 2 above – KW 5/11/15), researchers took a closer look at how teacherâ€™s beliefs regarding early education influence the classroom environment. A group of teachers partook in the study and here were some of the findings.

While many studies have been done centered on the negative impacts and consequences of prolonged use of video games, a study by Cheryl K. Olson appeared in the Review of General Psychology that suggests there are numerous psychological benefits to playing video games.

â€œIn boys who struggle with stress, fear, and anger- negative emotions that can have violent consequences- video games acted as a safe alternative for the release of pent up emotion. There were other findings as well, comprising the fun of ‘unreality'- experimenting with a world where natural laws are suspended- plus the fun of challenge, mastery, and playing with different identities. These findings reveal that video games can be an alternate way to release negative emotion, and help children alleviate their innate desire for risk and adventure.â€

Patrick S. McDonald is the Youth Coordinator for the Ontario Chess Association and he has compiled a number of papers and selected research highlighting the benefits of chess, with a specific focus on how it education. Chess makes students, “slow down, concentrate, use precise thinking, [and use] both inductive and deductive reasoning, as well as recognizing difficult and complex patterns.” There are plenty of online chess games, so this is yet another way in which computerized gaming can have a positive impact on a child's educational development. That being said, using a traditional chess set is a wonderful experience, so be sure to encourage students to try that as well, and provide access to chess set if you can.

Related Posts (if the above topic is of interest, you might want to check these out):
Introducing a Game-Based Curriculum in Higher Ed
Tailoring the Classroom of the Future With the Fabric of the Past
The Gamification of Education and Cognitive, Social, and Emotional Learning Benefits