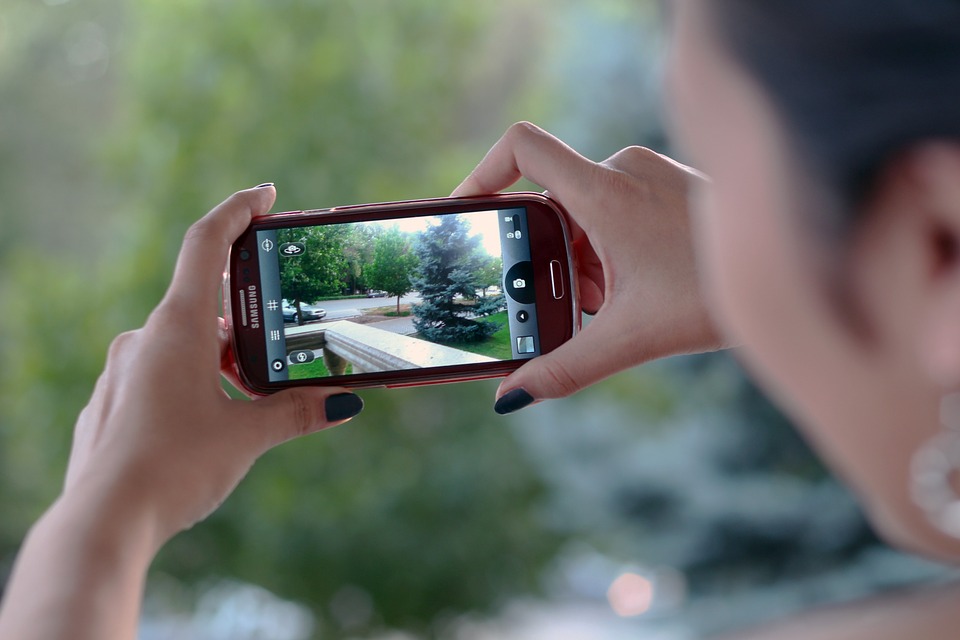 In most ESL classes, there comes a time when students must prove their oral skills, either through a speaking exam or an oral presentation. Traditionally these are done orally in front of the class, but using video for the oral presentation may help to calm some nerves and allow for a lot of creativity on the student's part. It's up to the teacher to assign a project that works for the level, assesses the target grammar or vocabulary, and gives the student a chance to demonstrate their progress in a creative and fun way. And no extra equipment or software is necessary because students can make and edit their videos right from their smartphones or tablets.

We've all seen those late night infomercials that go on and on about how desperately we need some silly contraption. Show your students some example infomercials â€“ there are plenty of compilation videos on Youtube that show some of the worst of the worst (and in this case, bad is good) which will have even some of the most basic learners laughing. After playing the video once for them to get the idea, play it again and instruct the students to write down as many key phrases that they hear in each infomercial, i.e. â€œAre you tired of…?â€, â€œThe secret is…â€, â€œIt's only…!â€. Then elicit the phrases from them and compile them on the board. Now that they've learned all the necessary vocabulary, they are ready to create their own, coming up with a name, slogan, price, etc. It helps the students practice persuasion, question intonation, adverbs like only, just, never, and always, and exaggeration.

Involving literature and pop-culture into ESL classes is always a good idea because it's usually something the students are familiar with, which makes them feel enthusiastic and comfortable, despite the language barriers. If you're studying a certain book, you can have your students break into groups and choose a scene to reenact and film. You can also give them the freedom to change a story line however they like, whether it's transforming Romeo and Juliet into a zombie movie or making a modern-day fairytale. You can do the same with popular movie scenes, especially ones that use a target grammar point. Musically inclined learners can create their own music videos, either writing their own songs with the target grammar or vocabulary or parodying an existing one.

Most people are familiar with how a news show works, but showing the class a few examples might be a good place to start with this project. This will help them learn key vocabulary like anchor, reporter, and newsroom, and phrases like â€œBack to you with the weather…â€. Students can break up into groups, wear costumes, and assign roles like weatherperson, sports reporter, and so on â€“ this equips them with all kinds of vocabulary! Another way to do this project is through a talk show in which students can pretend to be celebrities and a host can interview them, helping them practice asking questions and giving detailed responses, as well as public speaking.

With the rather eventful and much-talked about political year that's just passed, politics has become quite the hot topic in the classroom. To teach students political vocabulary, you can have a weekly discussion of the most recent political goings-on, noting useful terms. Go deeper by teaching them about the American political system. Eventually, you might work your way up to a mock election. Students can divide themselves into political parties, hold debates, and create campaign ads for their video project. Politics gives them a wide range of vocabulary practice from social issues to national security to fiscal matters.

For those students who are a bit camera shy, a screencast demonstration could be a great way to do an oral video project, without having to be in front of the camera. It's also good if you're in need of a solo project. Screencast videos are usually used to explain computer programs, so the project gives students a chance to learn and practice tech vocabulary as well as grammar points like commands and ordinal numbers and phrases. But it doesn't have to be a tech demonstration â€“ it could be a “how to” on just about anything!

Another great way to practice â€œhow toâ€ grammar and vocabulary is with a cooking show. It's a fun project that students can film at home in their kitchen, and even bring the food in to share with the class. Add in a writing element by having students write out recipes in their own words. To beef it up even more, you can make it a multicultural learning experience by having each student choose a recipe from a different country, dress up in its traditional garb, and share some information about the country. This project also teaches measurements in English, which can be quite tricky without some context.

TED Talks are really useful in ESL classes for conversation days. Just play a talk, have some discussion questions ready, and let the class share their opinions. After having a few TED classes, you might have your students create their own, filming them for the class to review later. This is a very free and open project in which students can get as personal as they want, sharing a story from their childhood, talking about their fears, or sharing some of their biggest life goals. But they don't have to be personal â€“ they can talk about a scientific discovery, a country they'd like to visit, or just about anything really. It just gives them the opportunity to have the floor and express themselves, all while practicing public speaking. Rather than focusing on a target grammar, it gives them a chance to speak freely about something they are passionate about.

If you give these a try in your classroom, we hope you'll stop by and let us know how it went (and maybe share some links to some created content, if students have given permission to share)!