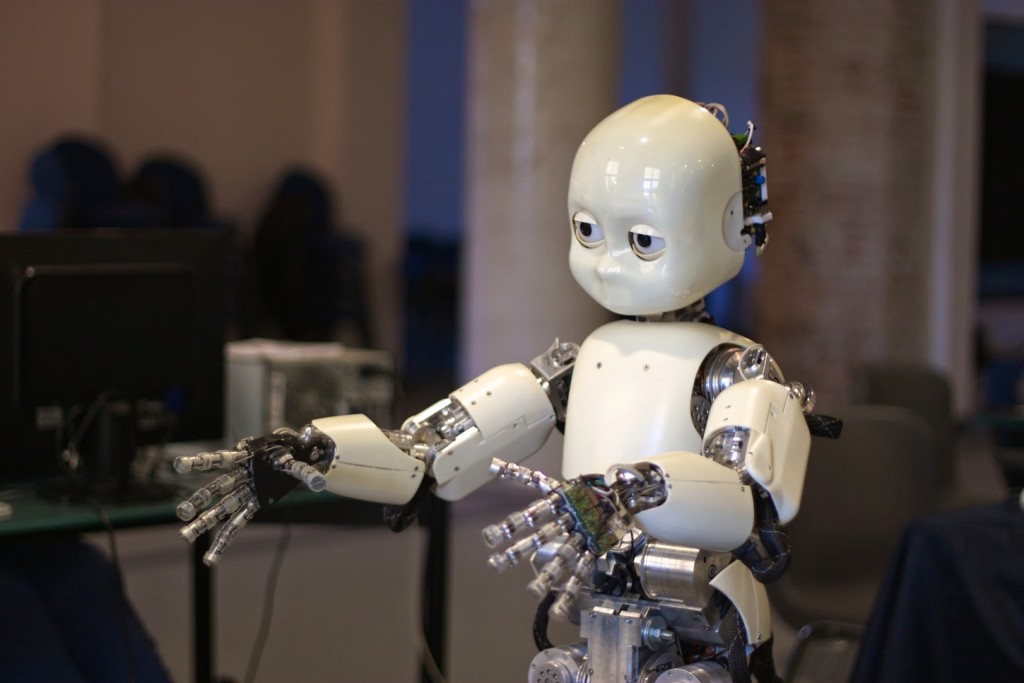 Robots, Robots, Everywhere – Beside you, Above you, Even Inside You

This week we're examining the recently published book,Â The Industries of the Future,Â by Alec Ross.

Imagine if, in the middle of the 20th century, you lived in “coal country” in America and you had access to knowledge that the coal industry was going to undergo massive change in the coming decades? What if you lived in Detroit and foresaw the impact of global changes to the automotive industry? Jumping to more recent times, we see Uber sending the taxi industry reeling, the gradual disappearance of many jobs to automation, and the potential for more and more changes as the digitization of one industry after another impacts jobs, economies, and lives.

If only there was a crystal ball that could have helped people foresee these changes.Â Alec Ross has provided the closest thing to that crystal orb for the coming the decades in The Industries of the Future.

I work in education. It is imperative for higher education in particular to get ahead of the curve on this. Higher education is preparing students for the work place and the society of tomorrow. If we aren't doing our damnedest to look ahead and think forward about what that tomorrow will hold, we're short changing our students. We need to gear up our institutions to offer the degrees, knowledge, and skills our students will need to compete and succeed in the regional and global economy they will enter when they graduate.

I am also a parent, with two kids in college and a third headed that way before long. I am very happy that I read this book and can share these insights with my children. My oldest is studying Biomedical Engineering, and is particularly interested in genetics, and this book helped to reinforce our confidence in the practicality of that choice. Another son isÂ working to determine his path, and the insights in The Industries of the FutureÂ can certainly help inform his thinking. My youngest has a way to go, and forewarned is forearmed … I'll take all the insights I can find and pass them on (when I can get them to listen 🙂).

In yesterday's post, we learned about author Alec Ross and introduced the book. Today, we explore the first technology-based industry covered in this publication … Robotics.

Getting up to Speed on RoboticsÂ

Robotic automation is something many of us are probably aware of. The use of robotics in industry is increasingly commonplace.Â In a March 2015 paper, “Robots at Work“, Uppsala University and London School of Economics researchersÂ Georg Graetz and Guy Michaels examined the economic effects of industrial robots. They based their research on data collected from 1993 to 2007 in the United States and 16 other countries. According to study findings,Â the average density of industrial robots in the 17 countries examined increased by more than 150% over that time frame.Â Surprisingly (at least to me), “over the period studied, the use of robots led to an increase in both total factory productivity and wages. The use of robots also increased labor productivity and value added from labor â€” in other words, each human worker was more productive and added more value to the economy than before the implementation of industrial robots” (source:Â “Robots at work: The economic effects of workplace automation“).

Japan is a world leader in development and use of robotics, both industrial and humanoid. When it comes to the need for humanoid robots, one factor playing a pivotal role in this need is the aging population there. It is projected that by 2020, 29% of Japan's population will be 65 or older, and with life expectancy rising steadily this is projected to reach 39% by 2050. Limited immigration policies and other factors make it evident that unless something drastic changes, there will be a massive shortage of elder care nurses. Enter the robots.

“Our future caretakers are being developed in a Japanese factory right now. Just as Japanese companies reinvented cars in the 1970s and consumer electronics in the 1980s, they are now reinventing the family. The robots depicted in the movies and cartoons of the 1960s and 1970s will become the reality of the 2020s.

Rival Japanese companies Toyota and Honda are leveraging their experience in mechanical engineering to invent the next generation of robots. Toyota built a nursing aide named Robina – modeled after Rosie, the cartoon robot nanny and housekeeper in The Jetsons – as part of their Partner Robot Family, a line of robots to take care of the world's growing geriatric population.”

This section of the book discusses numerous other examples of such robots, the many functions they can perform, challenges to be overcome in their development and acceptance by society, and the investments being made in ongoing development. For example, in 2013, the Japanese government granted $24.6 million to companies focusing on eldercare robotics.

Japan, China, the United States, South Korea, and Germany are known as the “big five” in robotics, comprising about 70% of total robot sales, and dominating development globally. But less developed countries may be able to leapfrog technologies as they enter the world of robotics, much as many did with Internet access and mobile phones (many third world countries that lacked cabling infrastructure bypassed the need for it by adopting wireless technologies).

As fascinating as it is to explore the advancing state of humanoid robotics, there are also many other implications for robotics, particularly in the light of other technologies advancing at an accelerating rate.

Most of us have heard about driver-less cars being developed by Google and others. The self-driving car is a reality and the Internet abounds with stories about the implications of this robotics-enabled technology. Here's a great example of thinking forward into the potential of this rapidly evolving change (one I believe will effect many of us much sooner than we might imagine): “Driving Will be the New Smoking“.

Another fascinating area of robotics is in the medical field and is, well … a small matter … a very small one: nanorobots. Still in the early phases of developments, “autonomous machines at the scale of 10-9 meters (far, far smaller than a grain of sand)”, will be able to diagnose and treat human diseases at the cellular level.

Another technological advancement that can impact the development of robotics is the area of Artificial Intelligence. We've recently seen news stories about how Google's AI beat a top player at the game of Go. On a related note, Elon Musk, Stephen Hawking, and other AI researchers are concerned enough about rapid advancements in the development of advanced AI that they penned anÂ open letter asking for a change in A.I. research priorities. As Artificial Intelligence capabilities advance, there is a big potential for these advances to be leveraged in robotics.

Robots in the Cloud

Cloud Robotics, a term coined by Google researcher James Kuffner, is leading to the exponential growth of “robot data”. By enabling robots to share data via the cloud (across the Internet), we create the potential for robots to “learn” from each other's experiences at a rapid rate.

“By becoming networked devices, constantly connected to the cloud, robots can now incorporate the experiences of every other robot of their kind, “learning” at an accelerated rate. Imagine the kind of quantum leap that human culture would undertake if we were all suddenly given a direct link to the knowledge and experience of everyone else on the planet – if, when we made a decision, we were not just drawing from our own experience and expertise but from that of billions of other people. Big data has enabled this quantum leap for the cognitive development of robots.”

In the United States and other western cultures, there is a deep seated fear of robotics (particularly of the humanoid variety). There is a long history of cautionary tales in our literature and film. This fear does not pervade eastern culture to the same extent. This may have extended itself to the academic communities in our respective cultures. For example,Â “There are more than 100 automation departments in Chinese universities, compared to approximately 76 in the United States despite the larger total number of university in the United States.”

Western culture has a lot of catching up to do with regards to robotics, and its high time we get a move on. In one promising development, President Obama launched the National Robotics Initiative in 2011, to stimulate development of robots for industrial automation, elder assistance, and military applications.Â The NSF runs the program and has awarded more than $100 million in contracts.Â France and Sweden have similar programs. However, this is still rather removed from our educational systems, especially at the K-12 or “grade school” levels.

Perhaps we are seeing some progress in schools in the form of the use of small, toy-like robots that help teach young students about computer coding in the US and abroad. This seems to be only the tip of a rather significant iceberg, however. If you are a teacher or educational administrator reading this, I hope you'll share the article with colleagues and start a conversation about how this relates to the world you are preparing your students to thrive in.

For those wishing to learn more, here are a few articles that explore robotics, education, and the future of work from a variety of angles. If you have other resources you'd like to share, please post them in a comment (thanks!).

Please join us tomorrow as we continue our exploration of Industries of the Future with a look at the exponential growth of Big Data and the implications it has for industries, countries, schools, and our children.