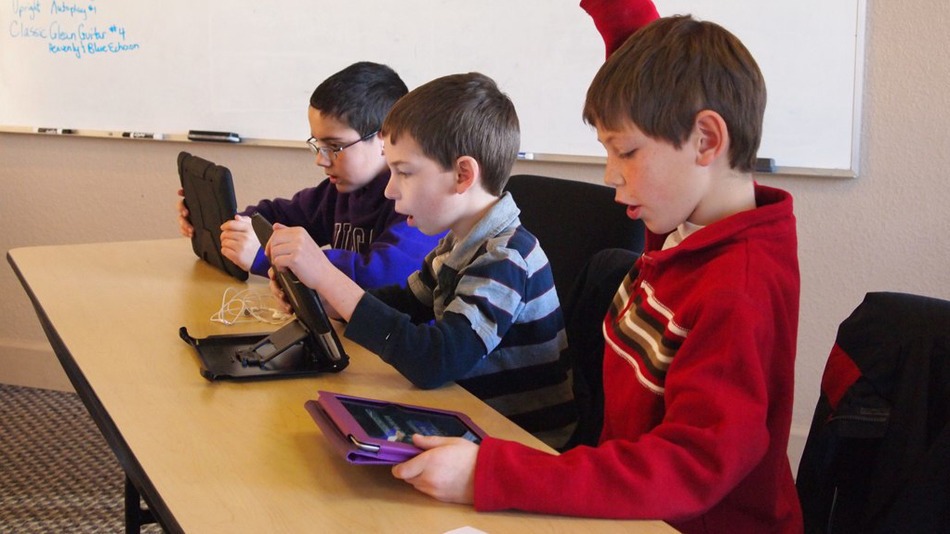 “I could not believe how tenacious students were. They would try and try again …”

There's still some debate about the effectiveness of game-based learning but there is now plenty of proof demonstrating the power of play. The global market for mobile games continues to grow â€“ Newzoo predicts the mobile segment of the overall video game industry will generate $30.3b worldwide in 2015 â€“ as does the market for educational games, which may reach nearly $3b by 2017. But more importantly, research suggests that when students treat learning like a game, they learn faster and retain more.

Teachers in K-12 classrooms have long used play with a purpose to engage students and appear to be adopting mobile gaming as one more classroom tool. The study Empowering Educators: Supporting Student Progress in the Classroom with Digital Games found that 57% of teachers use digital games weekly or more frequently in their curriculums and 18% use them every day.

Proponents of bringing gamification and mobile gaming into classrooms have science on their side. One German study found that playing a half hour of video games each day, whether those games were specifically educational or not, had a positive effect on brain growth. Participants in the study had more gray matter in the parts of the brain responsible for the formation of memories and strategic planning. Even fast-paced action games, which some might argue have little value beyond distraction, have been shown to have brain boosting power in studies. They promoted faster learning and better data retention in some participants.

There may not be solid research on the long-term impact of screen overload on students â€“ likely a real problem between TV, phones, tablets and consoles â€“ but it's becoming increasingly clear that gaming inside and outside of the classroom is beneficial. Thanks to advanced mobile processing chips that make higher quality, more complex games possible, there are hundreds of amazing mobile games and educational apps teachers (and parents) can turn to as part of a well-rounded learning experience.

Putting aside the brain boosting power of games seen in a laboratory setting, gamification works because it engages students and (depending on the app) is highly trackable for later evaluation. When a challenge is fun, students will keep chipping away at it until they've met it. And when learning is a game, many kids are motivated by the competition. Itâ€™s one thing to aim for that elusive A and quite another to try to beat a fellow student's high score.

Rising to The Challenge

Thanks in part to games, teachers are reporting seeing a marked difference in their students' ability to rise to new challenges. In one article about boosting early literacy with technology like educational apps, grade school teacher Martha McCoy said, “I could not believe how tenacious students were. They would try and try again. They didn't need to have anybody's approval about what they were doing. They would just persevere. They were doing things I never thought that age group could possibly do.”

Success stories like McCoy's shouldn't be seen as a sign that the students of the future will be playing their way to a high school diploma. Even though games and gaming can enhance traditional learning models and classroom collaboration, mobile games should still be thought of as a way to augment instead of a replacement for the traditional lecture, exercise and test cycle. And there are still barriers to bringing mobile games into the classroom, from the expense of ensuring that all students have the same access to technology to the inflexible curriculums used by some school districts.

There are no magic bullets in education, but mobile gaming in K-12 may bridge some of the gaps in the schooling of students who don't respond well to the lecture, exercise and test cycle. In addition to the benefits listed above, there's one more reason that bringing mobile technology and games into the classroom will help today's students become tomorrow's success stories. This is a tech fueled world and it just makes sense to introduce kids to the kinds of technologies they'll be interacting with as they enter adulthood. Perhaps by then science will be exploring the benefits of gamification in the workplace. In that case, students whose education included play will be ahead of the game.