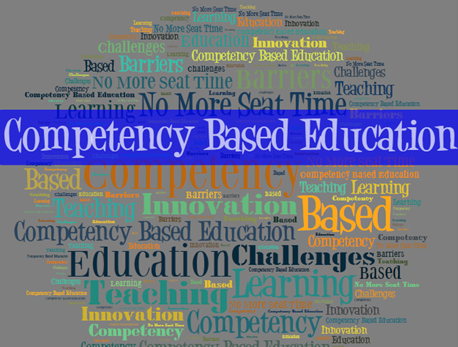 The Rise of Regionally Accredited Competency Based Education in HigherEd

I've been a fan of the idea of Competency Based Education since I first heard of it. It seemed like such a positive development and a step ahead in the evolution of higher education here in the US and abroad. But I figured it would be quite a while (as in years, possibly quite a few years) before the country's regional accreditors would become comfortable with assessing and approving CBE programs.

In the U.S., colleges and universities need to be regionally accredited if they wish for students to be eligible for the federal education funds commonly referred to as Title IV aid (in the form of grants and loans). Many students simply can't afford tuition at even the least costly colleges without some help from federal aid.

So, getting back to CBE and accreditation … I knew that Western Governors University was a pioneer in CBE and that their programs had been regionally accredited, but they were well ahead of the game and seemed to be very much the exception, at least they were when I first learned about them a couple years ago. I also knew that EDUCAUSE was exploring CBE through their Breakthrough Models Incubator program last year, and this further influenced my perception that CBE had a lot of maturing to do before it was ready to take off (or so I believed).

Three important developments stand to dramatically change the way we think about degree programs and pathways:

That statement about the “rapid adoption” of CBE got me curious, especially given the other statements being made here and the awareness that regional accreditation stands between several of these ideas and any sort of widespread proliferation of them. So I started searching the web for regionally accredited competency based education degree programs. I was quite surprised by what I found.

Accredited CBE Programs are Growing at a Faster Rate Than Many Would Have Anticipated. Is it Gradually Going Mainstream?

What has shocked me a bit (in a good way) has been learning that quite a few CBE programs have been accredited already, and that the regional accreditors have defined paths for CBE program accreditation.

First, I came across this regionally-accredited CBE program from the University of Wisconsin, the “UW Flexible Option“. Then I found this article explaining how a some of Washington's 34 community and technical colleges are rolling out regionally accredited CBE degrees (with the help of advising from WGU). In this article, we learn that in addition to UW, two other “Big Ten” Universities having introduced CBE degree programs – the University of Michigan and Purdue University.

The article, Competency-Based Degree Programs On The Rise, not only confirms my perception, it also reminds us that big online players like Capella University and SNHU's College for America have accredited CBE programs.

While I was at it, I figured I would confirm that the Middle States Commission on Higher Education (our accreditor at CW) has a formal process for seeking accreditation for CBE programs, and learned that they do indeed (they announced the establishment of a “Direct Assessment” Approval Process in July of last year). Given this and the approved programs noted above, it seems likely that all of the regional accreditors now have a similar process!

While trolling the Web for this information, I also came across this organization and website: the Competency Based Education Network (http://www.cbenetwork.org/about/). The Competency-Based Education Network is a group of regionally accredited colleges and universities working together to address shared challenges to designing, developing, and scaling competency-based degree programs. There are dozens of colleges and universities in this group.

CBE is becoming a meaningful part of the higher education landscape here in the U.S. much faster than I realized. Might President LeBlanc's other “developments” also come about a lot sooner than many would think? What do you think?

(Okay, I'll say it … sorry for the corny article title, but I've been wanting to use that classic headline ‘hack' for years now and this was such a good opportunity! It really has been a bit of a shock to learn how quickly accredited CBE is evolving and changing the landscape of higher ed :)).