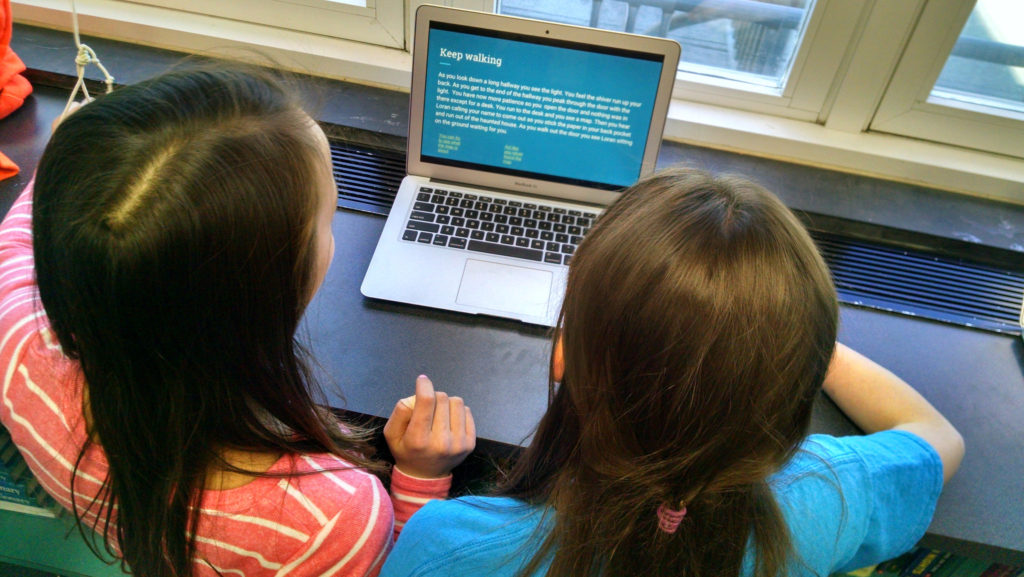 Back around 1985 I was introduced to the Apple IIE while attending Mercy College. I had developed a good relationship with the teachers and administrators at the little branch campus I attended and worked at in Peekskill, NY. They actually allowed me to take one of the computers home one weekend. I spent much of that weekend playing a text adventure game, which I recentlyÂ learned is also referred to as “interactive fiction”. I can still see the simple line drawings on little green screen.

Of course, this was over 30 years ago, which in “tech years” is what, hundreds of years? Flash forward to a couple weeks ago when I was attending a NERCOMP sponsored Faculty Innovation PD session at Fairfield University. I have to admit I was rather blown away whenÂ Michael Hilborn, Associate Director of Academic Platforms and Development at Harvard, presented a session on interactive fiction and bought me right back to 1985!

Hilborn expained that one aspect of interactive fiction is the text based adventure game, which can also be a fun and unique way to explore a written work. In this session he walked participants through some of an IF game he wrote based around the short Edgar Allen Poe piece, “The Cask of Amantillado”.

A Brief History of Interactive Fiction 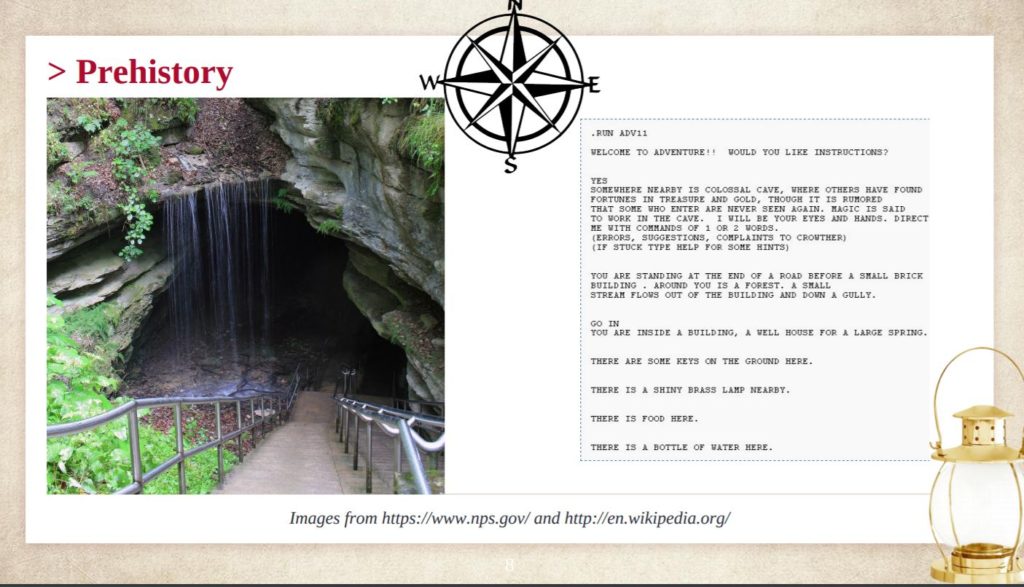 Way back in the dim and distant past, as in 1976, Will Crowther wrote the first known interactive text adventure: Colossal Cave AdventureÂ (aka ADVENT). Hilborn told us that Crowther wrote this game based on spelunking a cave to better connect with his kids after having gone through a divorce. The game experienced an interesting evolution as it was expanded on by others. Don Woods added Tolkien-esque elements as the game evolved. It later it landed at MIT and evolved into ‘Zork'.Â Colossal Cave AdventureÂ is considered one of video gaming's most influential titles.

How do IF and similar games complement teaching and learning?

Hilborn offered many ways in which Interactive Fiction and similar games can lend themselves to the educational process, whether playing the games or if one chooses to try one's hand at developing a game.

Where interactive fiction is used on higher education

These are some of the courses and learning constructs which lend themselves to the use of iinteractive fiction and similar adventure games:

There are various tools available that educators or students can use to create their own interactive fiction adventures.

Hilborn stressed the necessary elements of creating good quality IF:

Two popular Tools for developing interactive fiction are Twine (found online at Twinery.org), which is pretty easy, and Inform7 (inform7.com), which is harder to learn and use then Twine, but more powerful. Choicescript was another recommendation.

Hilborn recommended the siteÂ Teaching and Learning With Interactive Fiction for additional resources and to learn more.

Thanks for much to Fairfield University for hosting this workshop, NERCOMP for sponsoring it, Micheal Hilborn for delivering it and granting me permission to share and discuss it!