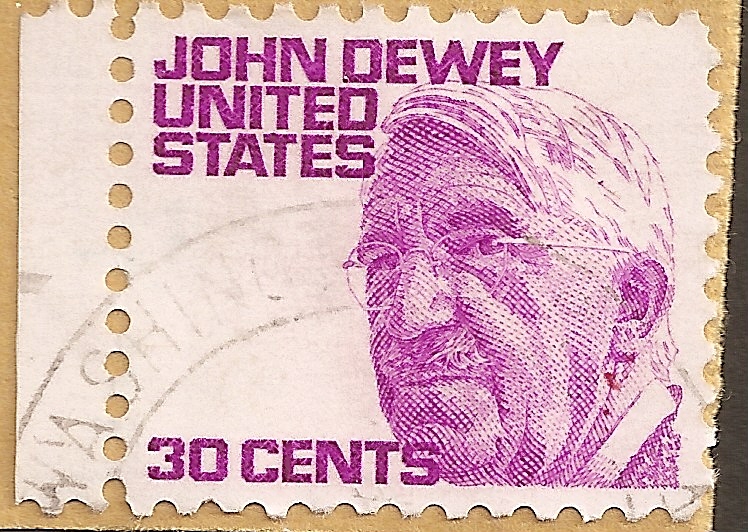 Generally, societyâ€™s thinking about different topics will advance incrementally, as various individuals make their contributions to the foundation of our understanding. From time to time however, one individual will have a significant impact on an important aspect of society, pushing it forward by leaps and bounds.

John Dewey was just such a person. This philosopher, psychologist and educational reformer was instrumental in advancing education. Throughout his life he worked tirelessly to advance our understanding of what a student-focused educational system should look like, and how it should work.

DeweyÂ is best known for his work in creating a more progressive educational system, but that isnâ€™t the only field he wrote about.Â In fact, he was quite prolific. He wrote in such fields as epistemology, metaphysics, aesthetics, art, logic, social theory and ethics. ToÂ get into all of those, however, weâ€™d need a whole book!

Today weâ€™re going to focus on what heâ€™s best known for â€“ his insights into teaching and learning.

â€œEducation is not preparation for life; it is life itselfâ€

Dewey wrote about education throughout most his life and he regularly argued that education and learning, rather than being only between the teacher and the student, are really much larger than that. Schools are social institutions, which can and should serve to provoke and create a better society.

Whatâ€™s more, if the students â€“ instead of being passive learners â€“ are encouraged to interact with the curriculum and are allowed to take part in their own learning, they can advance their understanding and their social roles far more effectively. This would allow them to become far more engaged with both what their learning and with society as a whole.

Schools, according to Dewey, are not just places where we learn facts and numbers, but also places where we learn how to live. In other words, the point is not just to learn a certain set of skills (though that helps as well) but rather to realize oneâ€™s full potential, and use what youâ€™ve learned for the greater good.

How did we lose sight of this?

â€œWere all instructors to realize that the quality of mental process, not the production of correct answers, is the measure of educative growth, something hardly less than a revolution in teaching would be worked.â€

Dewey understood that the best way was the middle way between the two conflicting schools of thought of his time. The first school was that of being curriculum focused and had as its primary goal to move through the material being taught.

The big drawback of this school of thought, according to Dewey, was the inactivity of the student, or â€“ to use his words â€“ â€œthe child is simply the immature being who is to be matured; he is the superficial being who is to be deepened.â€ This he believed was the wrong approach. For education to be at its most effective, he believed, content must be presented so that the information the student is learning is actually connected to their prior experiences.

The secondary education philosophy was that of child centered excesses. Here he believed that being too focused on the child and too reliant on their previous experiences could be detrimental as well.Â The problem here was that in this educational philosophy the role of both the material and the teacher was overtly minimized.

His belief was that a balance between the two philosophies must be found.

“The child and the curriculum are simply two limits which define a single process. Just as two points define a straight line, so the present standpoint of the child and the facts and truths of studies define instruction.”

This realization led him to advocate hands-on learning, for he believed that it is through our interaction with natural objects that we can learn best, as opposed to simply thinking about them abstractly. In this way, students are engaged to consider the lesson actively and â€“ when the question is asked correctly â€“ to come up with the answer by themselves.

In fact, this directly contributed to the very popular modern-day educational model of Problem Based Learning, where learning is achieved through active inquiry rather than through the passive absorption of abstracted facts.

â€œIf we teach todayâ€™s students as we taught yesterdayâ€™s, we rob them of tomorrow.â€

His influence did not stop there, however. He also realized that the schooling system as it had existed was not up to the task of teaching the students of his time. Previously, students were taught a basic set of skills so that they could excel at specific jobs.

Because how can a teacher teach students how to learn if they themselves do not possess that skill themselves? And so it was necessary to change education so that students became active and vocal citizens rather than people who simply complied with authoritarian government.

For Dewey and his followers, students taught in the wrong manner actually end up worse off than if theyâ€™d never gone to school, as the wrong kind of teaching â€“ in which knowledge only goes in one direction and is not questioned â€“ ends up stifling individual autonomy.

For him the most important facets of a teacher were not a set of mechanical skills, but rather a natural love of working with children, a natural propensity to inquire about a subject in order to understand it, and a desire to share what they had learned and how to learn it.

â€œThe path of least resistance and least trouble is a mental rut already made. It requires troublesome work to undertake the alteration of old beliefs. â€

In effect, Dewey pioneered the idea that teachers were to a degree social service workers, who were tasked with creating the social and psychological goods to promote the present and future progress of society. Teachers, he said, were there to increase the intelligence of society, while the school system should strive to maximize the opportunities for students to acquire this intelligence. Children should think in creative waysÂ because that way their brains can develop faster.

Most of these thoughts Dewey wrote about in the late 19th and early 20th centuries. And yet we can still learn muchÂ from them today â€“ or to put it in a strongerÂ light â€“ we still donâ€™t seem to have fully learned the lessons heâ€™s supplied.

In this modern era, technology and society is moving so fast that it is very challenging to provide people the technical skills they need, as some will be obsolete before the person even leaves school. It has never been more evident thatÂ an educational philosophy that encourages continuous learning (as with many of Dewey's other ideas) was well ahead of it's time.