With Competition Slowly Creeping in, How Goes it for the Behemoth of the Classroom Tablet Scene?

When Apple released the iPad in 2010, they took the world by storm, adding another jewel to their crown as the world's leading provider of technology. The iPad suddenly made the until-then-overlooked tablet market something that mattered, and it kicked the mobile revolution into high gear.

The introduction of the iPad also played no small role in Apple becoming the most valuable company in history by August of 2012.

Much as education has consistently favored the Mac over the PC, the sector jumped with gusto onto the iPad ‘bandwagon'. And despite the fact that technology manufacturers across the world soon dove into the suddenly relevant tablet market, the iPad continues to own the academic marketplace.

So, here we are 5 years down the road. How is the iPad faring in the world of education?

We've already seen that the iPad is still the dominant tablet in education … the undeniable king of the ivory-tower topped hill. While the Google Chromebook appears to be on its way to offering some real competition, only time will tell how that plays out. In any case, change is inevitable and healthy, and things are sure to keep evolving.

Moreover, anyone with a decent understanding of tech realizes that it's not really about the device, it's about what you do with it, and how well you do it. That being said, things are still looking pretty rosy for the first successful entry into the tablet computer market.

Assessing the Impact of Well Executed Use in the Classroom

Over the last few years, dozens of studies have shown how effective use of the iPad in the classroom can improve learning outcomes and deliver other benefits in the instructional setting.

Here are some quick insights of a few of these studies:

At the University of California Irvineâ€™s iMedEd program, each of the 104 medical students in the class of 2014 received an iPad from the school when they started in 2010. Towards the end of their programs, this class scored an average of 23% higher on national exams than previous classes (even though their incoming GPA and MCAT scores were comparable). The iPads provided contained a full suite of electronic textbooks, as well as podcasts of lectures and other resources.

The university also reported that students went beyond the included tools, working with students from the UC Irvineâ€™s School of Information and Computer Science worked to create 19 health apps for Apple devices in the schoolâ€™s first ever Med AppJam.

A study of kindergarteners in Auburn, Maine showed that students who use iPads scored better in every literacy test than those who don't. The study focused on 266 children whose instruction featured the iPad. Those who used the device scored higher on the literacy tests, were more interested in learning and excited to be there.

â€œWe are seeing high levels of student motivation, engagement and learning in the iPad classrooms,â€ said Sue Dorris, principal at East Auburn Community School. â€œThe apps, which teach and reinforce fundamental literacy concepts and skills, are engaging, interactive and provide children with immediate feedback. Whatâ€™s more, teachers can customize apps to match the instructional needs of each child, so students are able to learn successfully at their own level and pace.â€

The Franklin Academy High School in North Carolina initiated a 1:1 iPad program at the beginning of the 2010-2011 school year. In April, 2014, the Academy released results of a study that shed light on the impact that the use of the iPad had on academic achievement and the development of the vital non-cognitive skills that their program is founded upon.

Obviously, these are just a few examples of such studies. This article from Secure Edge Networks,Â 8 Studies Show iPads in the Classroom Improve Education, offers more. Here's another study we covered here on EmergingEdTech back in 2012. Just Google “ipad study” or similar phrases to find more – there are plenty of them out there.Â

Of course, achieving results like these doesn't happen magically. Just giving devices to students and hoping it makes a difference is not a plan at all and is likely to result in nothing more than a waste of school funds. By now, who hasn't heard of the disastrous results of the failed 1:1 iPad program in Los Angeles (although the causes of this failure remain unclear)?

Successful implementation of any large technology initiative requires effective planning and well designed professional development. It's really just that simple. Not that it is easy to do, but the bottom line is that any large initiative and expenditure such as this requires quality planning and proper PD and support. One popular avenue for professional development in the world of education technology that doesn't require school districts to figure it out all by themselves is the conference setting.

Back in 2011, the Franklin Academy in North Carolina ran the first national Teaching and Learning with the iPad Conference in the U.S. Attendance at the annual conference has grown every year, and attendees have come from all across the world. Over the years, numerous other such conferences have sprung up as well, and educators can take advantage of professional development opportunities like this throughout the year, at locations all across the world.

As the success of well designed technology implementations like those above attest, the iPad continues to be a dominant force in 1:1 device programs in schools across the world. The fact that other devices are being used with increasing success is a testament to the foundation that the iPad helped to establish. While the field may get more crowded, there is no doubt the iPad will continue to be a major player in successful 1:1 school programs for many years to come. 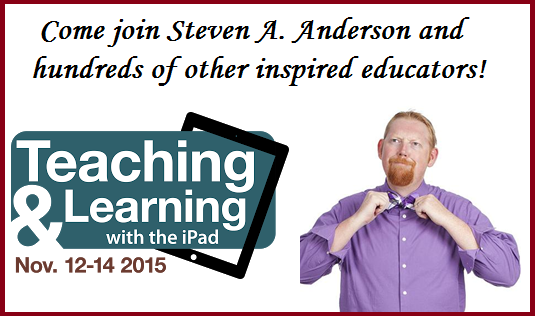