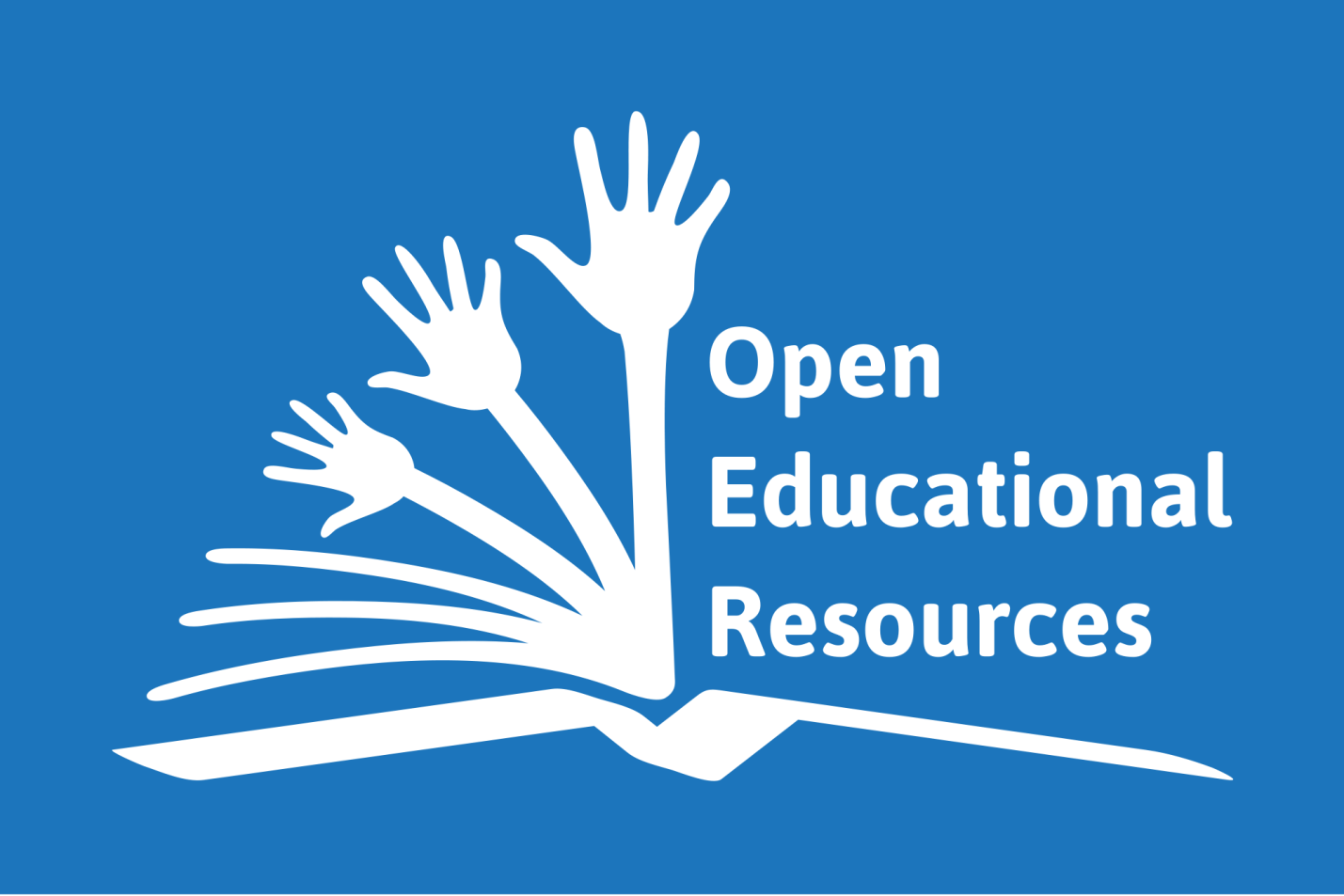 Awareness has Been Slow to Evolve, but OER Appears to be Well Positioned for Growth Thanks to Numerous Encouraging Developments.

Have you heard of OER â€¦ Open Educational Resources? If you are a regular reader of this blog, you probably have, but it seems that many educators have not.

Open Education Resources are FREE, thatâ€™s right â€¦ free and open educational resources, such as textbooks, learning content, lessons, and more. The concept of OER was formally coined back in 2002, and the quantity and quality of these resources has expanded steadily ever since, yet awareness has been slow to build.

So when is the promise of OER going to move from largely â€˜hypeâ€™ to reality? Will OER remain a piecemeal pipedream or is it getting closer to reaching its potential to radically alter how teaching and learning resources are created and distributed?

As I've been working on the new update to the EmergingEdTech Free Education Technology Resources eBook, I decided to add a section on OER. I kicked around the Web a bit to ascertain how the promise of Open Educational Resources is developing these days.

What I found was a little frustration, offset by news and resources that are surely keeping the dream of a robust world of OER alive!

The November Inside Higher Ed 2014 article Open but Undiscovered explains, â€œOn one hand, faculty see open resources as just as good — if not better — than the products produced by traditional publishers. On the other, few faculty members have actually heard about OER.â€

The graphic below is provided via the Babson Survey Research Groupâ€™s report on faculty membersâ€™ attitudes and opinions about OER. As you can see, respondents all felt that the cost, ease of use, how up-to-date the materials, and other important factors, are as good or better for OER than they are for traditional printed resources. Yet at the same time, the survey indicated that two-thirds of the surveyed faculty members, or 65.9 percent, were unaware of the existence of Open Educational Resources! 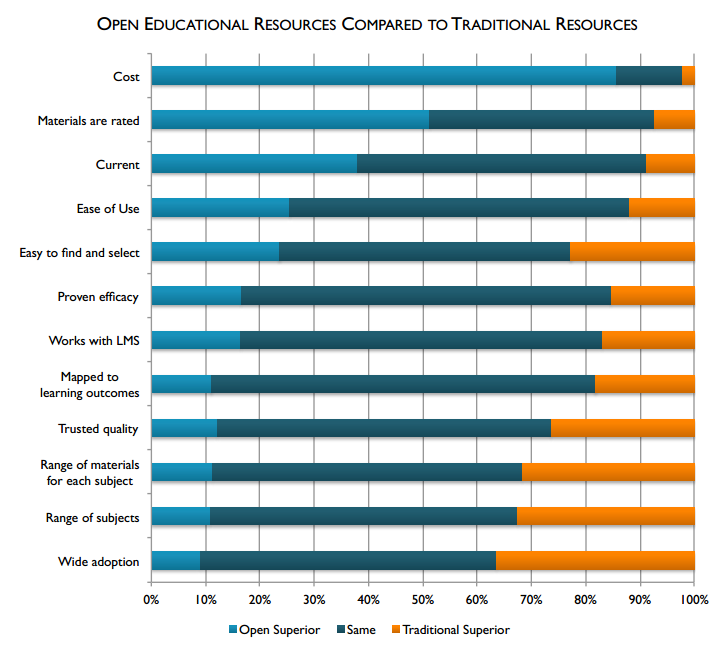 In the article cited above, David Wiley, the founder of the OER support provider Lumen Learning, observed that there is a big upside to what the survey tells us, which is that â€œThe â€˜problemsâ€™ with OER adoption are so eminently solvable.â€

Speaking of Lumen Learning, it was announced in April 2015 that the provider of affordable courseware created using open educational resources (OER), raised $2.5 million in an equity round … obviously OER has some serious and enthusiastic backers!

By no means is Lumen Learning the only organization in the OER game. Take the example of OpenStax College, a non-profit organization based at Rice University and backed by the Hewlett Foundation and many other sponsors. OpenStax â€œoffers students free textbooks that meet scope and sequence requirements for most courses. These are peer-reviewed texts written by professional content developers.â€ They now have 16 widely used foundational college text books published or nearing completion, and this number will continue to grow. Some titles include College Physics, Concepts of Biology, Introduction to Sociology, Precalculus, and Principles of Economics.

In the world of K-12, the K-12 OER Collaborative, is â€œcreating comprehensive, high-quality, open educational resources (OER) supporting Mathematics and English Language Arts aligned with state standards.â€ Launched in 2014, the Collaborative sought proposals to create full-course, high-quality resources supporting Kâ€“12 Mathematics and English language arts and literacy. This is still a work in progress, and it will be exciting to see in unfold.

In yet another encouraging news item, the US Department of Education has put its support behind the development and use of Open Educational Resources. During Open Education Week in March of 2015, the feds announced a plan to launch an “online skills academy” using OER as the curriculum for online training that could lead to degrees, certificates and other kinds of credentials. As stated in this Campus Technology article, â€œThe Department of Ed has long been a proponent of OER. Several years ago it developed the Learning Registry, which acts as an aggregator of metadata about learning resources online, such as publisher, subject and ratings, in order to make them more findable by educators.â€

With funding, resources, and support like these, the future of Open Education Resources has never looked brighter! So forward this article on to a colleague and help them get in-the-know about OER!