Financial Education is Broken. Can we Borrow From Successful Education Campaigns and Triumph Over Financial Irresponsibility?

In 1787 John Adams wrote to Thomas Jefferson a damning summation of the cause of Americaâ€™s problems:

â€œAll the perplexities, confusions, and distresses in America arise, not from defects in their constitution or confederation, not from a want of honor or virtue, so much as from downright ignorance of the nature of coin, credit, and circulation.â€ (Italics added.)

The low level of financial knowledge is reflected in bad financial behaviors. Between 1997 and 2007, average undergraduate student loan debt rose 58% to $19,200. Median credit card debt among college students grew 74% in just 5 years to $1,645 in 2009. Bankruptcies average around 7,000 per day in the United States. While overall credit card debt declined, the drop reflects defaults not contractual repayments. 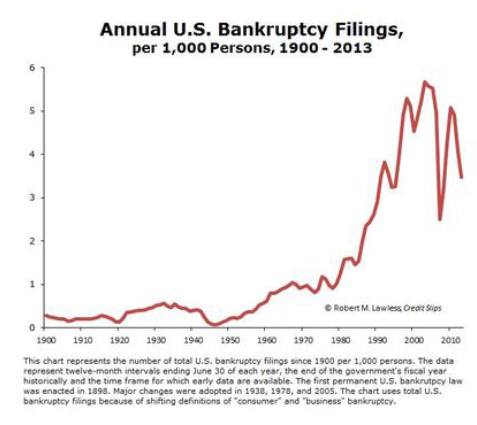 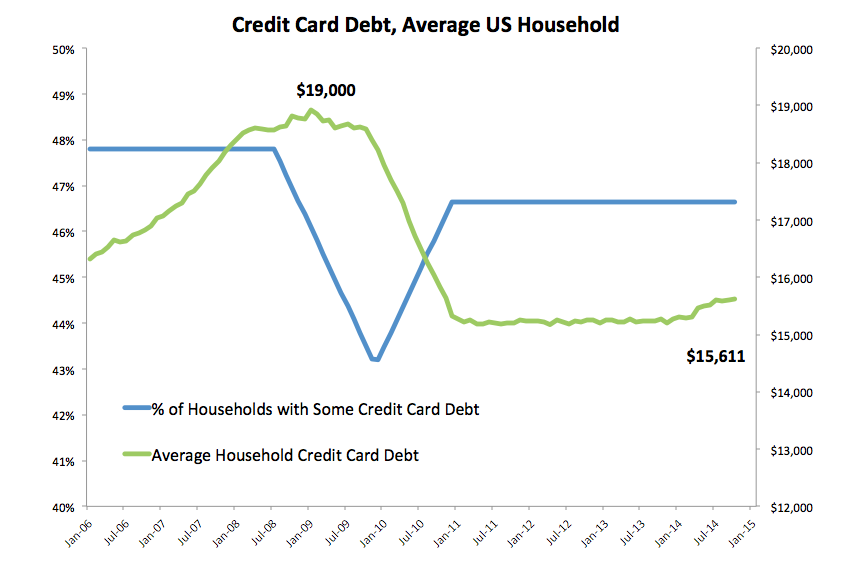 The sorry state of financial acumen is not for lack of trying. Private and public education efforts have been backed by policy changes and spending by government to support education and behavioral change initiatives. One of the first comprehensive governmental efforts â€“ to educate the primarily rural population on financial skills to manage home, farms and communities â€“ started over century ago with the establishment of the Cooperative Extension Service. Since then, each year and each crisis brings additional programs and solutions.

The Jump$tart Coalition for Personal Financial Literacy maintains the largest database of curriculua offered by academic and private content creators; currently 840 programs can be accessed through their clearinghouse. Almost all commercial financial services like banks, brokers, credit unions and credit card companies offer formal â€œhow-toâ€ classes on using their products wisely. Schools in all 50 states plus the District of Columbia now include economics in their educational standards, and 45 of the states require implementation of the standards in some form of formal education. 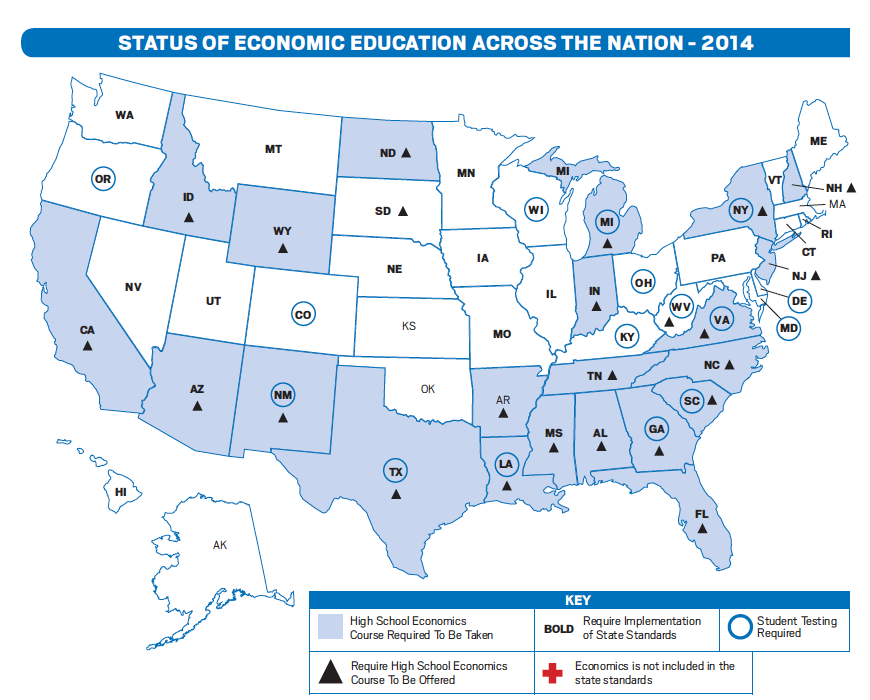 Source: Council for Economic Education: Survey of the States 2014

Yet despite all of these efforts, bankruptcy rates and indebtedness indicate that we are not succeeding.

Yet Other Efforts Succeed …

Before we fall into the common trap of enumerating the various reasons for the lack of success, letâ€™s consider the success of two campaigns to educate large numbers of people to personal and environmental health standards. Through diverse and multifaceted movements to stop litter and stop smoking starting in the 70â€™s, rates of smoking have plummeted and roadsides are largely free of trash. 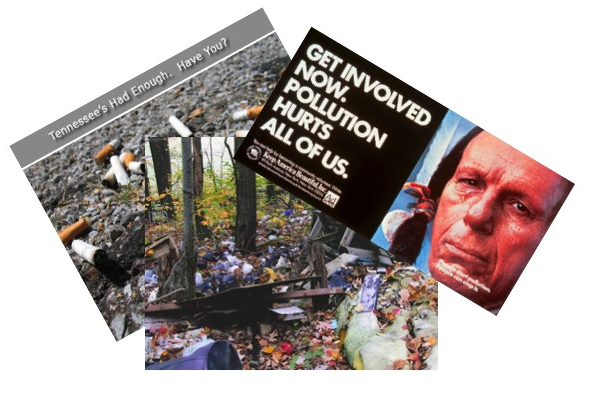 In the single year of 2010, the awareness of littering as a personal problem led to recycling 15.3 million pounds of metals, 91.5 millions pounds of newsprint, 1.1 million tires and 7.2 million pounds of electronics. The number of Americans smoking, especially among young people, dropped to 25% in 2012, and down from almost half in the mid 1950â€™s.

Both of these campaigns were multifaceted and brought together diverse groups working independently. In both, efforts included formal education, public awareness ads and targeted messages; both spawned a variety of unique organizations and efforts; both started in the early 70â€™s and continue today. Both have significant and measurable success.

So What are we Doing Wrong?

As one who has fought the good fight in both volunteer and professional efforts, the fact of a losing fifty-year commitment to solving a problem gives me pause. Considering that doing the same thing over and over and expecting a different result is the definition of insanity, one might suggest that continuing to educate without making any headway in increasing peoplesâ€™ financial lives seems quite irrational. For a group of economists and financial people, thatâ€™s a term that should not be felt to fit their own decisions.

It's easy to point fingers when examining reasons for the ineffectiveness of financial education. There is the camp that blames the consumer and focuses on more education, with no policy changes nor changes in practices of selling financial services. Another group says that a one-size-fits-all is a misfit for students at the abundant end of the spectrum as much as the majority of children in public schools now living under the poverty line. Thereâ€™s also finger pointing at the financial services industry and their product creation and product marketing efforts. Add to the mix the critics that note that education canâ€™t be effective for the class of consumers who donâ€™t have access to financial services.

Moreover, most educators claim that their purpose is only to educate, not to change behaviors. Is a math teacher measured on a studentâ€™s eventual ability to make change, calculate the area of an irregular object, or find how long it takes to drive to the next town at a certain rate of speed? No. The math teacher is measured on whether the student mastered the necessary knowledge, concepts, and ability to apply for that grade level so the student had a basis for the classes to come. Why would financial education at various grade levels not be the same, financial educators and curriculum providers ask? Isnâ€™t it enough to increase knowledge and prove it by testing?

Just how bad off we are is revealed in a June 2013 analysis of 188 research inquiries into the links between financial literacy and financial behaviors, covering over 585,000 subjects. The conclusion? Education explains only 0.1% of financial behavior. The goals of education of knowledge, understanding, and knowing how to apply financial principles may meet a goal of education to improve post assessments over pre-assessments, but the numbers reveal that financial literacy does not lead to a financially literate lifestyle.

Lessons from the Successful

If we collectively desire that our efforts result in financially literate lifestyles, could we reproduce some elements from the stop smoking and stop littering campaigns? Among the three efforts are some similarities:

Yet despite all the billions of dollars spent and lives dedicated to increasing the number of financially literate lives, we fail. Both smoking and littering efforts have been ultimately successful in not only shifting behavior but also shifting perceptions. Smoking once was considered sexy and has become something dirty and ugly. Littering, once a habit of convenience, has become a uniquely un-sexy habit. Yes, itâ€™s true. In a recent dating poll, young unmarrieds list â€œhe/she recyclesâ€ as one of the top three characteristics on the list of â€œmost sexy traits in a potential mate.

The fields of behavioral finance and neuroeconomics may have much to inform this issues. The old basis under classical economics of evaluating financial decisions has given way to real time observations of behavior and brain activity. Controlled experiments document the following: that good financial decisions rely on a mixture of emotional and cognitive functioning; that the purely cognitive often results in irrational outcomes; that smart financial decisions are a product of emotional and social intelligence as much as knowledge, understanding and a stated ability to apply the facts. Reasoning in fact trumps rationality, and reasoning incorporates full human functioning.

What we also know from behavioral finance, in fact from the work that won the Nobel for economics in 2002, is that the framing of an issue will guide the answers to a problem more than any financial knowledge or mathematical calculation. If we could reframe the issue into a single goal that we all could agree is paramount, then maybe we could be as successful as the â€œstop smokingâ€ and â€œstop litteringâ€ folks.

This isn't easy. As I think about what tops the list of bad financial behaviors, not one can be totally eliminated. For expenditures, the goal is to spend less than one makes, not to quit spending. In borrowing, the goal is to borrow within limits and be diligent about the agreed payback, not to stop borrowing. These goals all speak of balance, not elimination of behaviors. They speak of moderation which is hard enough to do and impossible to think about making sexy.

But maybe we could find an agreed-upon goal in budgeting. Today in financial education classes, this drops to the bottom of desired exercises and is practiced in a miniscule percentage of households. The name speaks of deprivation and delayed gratification and doing lots of unwanted record keeping and math.

In the reframing business though, could the goal of budgeting suggest our solution? The goal is to maximize use of onesâ€™ funds to provide basic needs and beyond. Iâ€™m no marketer or brilliant copywriter so Iâ€™m not going to claim to come up with the definitive answer. But think about this last goal, for people to quantify and then own the resources that they have or will create in the future. This framing of the problem to be solved begins to introduce the kind of behavior that affects the universe of possible outcomes. Maybe our equivalent â€œstopâ€ is â€œdonâ€™t wasteâ€. I can see the campaigns now â€œItâ€™s your money, make it pay you!â€ Iconic branding like a crying Indian or diseased lungs might be devised in the form of currency falling out of a figuresâ€™ pocket seen around the red lines of the universal stop symbol. The singular icon could even be extended into a seal of approval that various supporters could attach to the disparate efforts.

The stop waste campaign would have a crucial difference from the smoking and littering efforts though. Knowing how not to waste takes specialized knowledge and skills, even beyond the financial facts of life. A growing body of evidence proves that math skills are necessary for even basic financial decisions. Knowledge, understanding, and the ability to apply financial principles is necessary for people to comprehend the context in all financial choices. The curricula and private efforts behind financial education, plus the measurements of success of the educational efforts, provide a key cognitive basis for living a financially literate lifestyle. But as curriculum providers, policy makers, and activists all focus on some single measure of behavior, we all can be informed of whether or not their efforts were doing any good.

And what is this measure that we would focus on that would reflect the â€œstop wasteâ€ goal? Ratios of debt to income, numbers of bankruptcies per thousand, and total household debt as a percentage of GDP are good places to start. A national survey of levels of stress felt by adults and youth alike could round out the measures as the complexity of financial conditions is hard to capture in financial behaviors of borrowing and bankruptcy along. Financial stress could become a leading indicator of educationâ€™s ineffectiveness because stress diminishes the capacity for good decisions in adults and to the inability to concentrate and absorb lessons in youth.

As I have spent a career with the savants in the industry, from market whisperers to Nobel prize-winning theorists, I have observed that there are LeBron Jameses of financial management. We donâ€™t need to make people into financial geniuses. But we can support geniuses moving ahead in financial excellence and innovation at the same time as bringing up the general level of financial ability and decisions. Here in the 21st Century, with technology and with improved know-how as to real financial decision making, it ought not to be harder than getting clean roadsides or lungs.

What do you think?