There are More Contenders to the Tablet Throne Available Every Day

Classroom technology has changed tremendously over the past 20 years. While many schools used to offer a separate â€œcomputer labâ€ on campus, stocked with clunky Apple computers that played Oregon Trail, administrators have put the power in studentsâ€™ hands â€” literally â€” by bringing iPads and other tablet devices into the classroom and using them to teach their curriculum.

This trend has been steadily gaining popularity since 2012, when the iPad took the education field by storm. According to industry analysts, U.S. schools are expected to buy 3.5 million tablets by yearsâ€™ end. 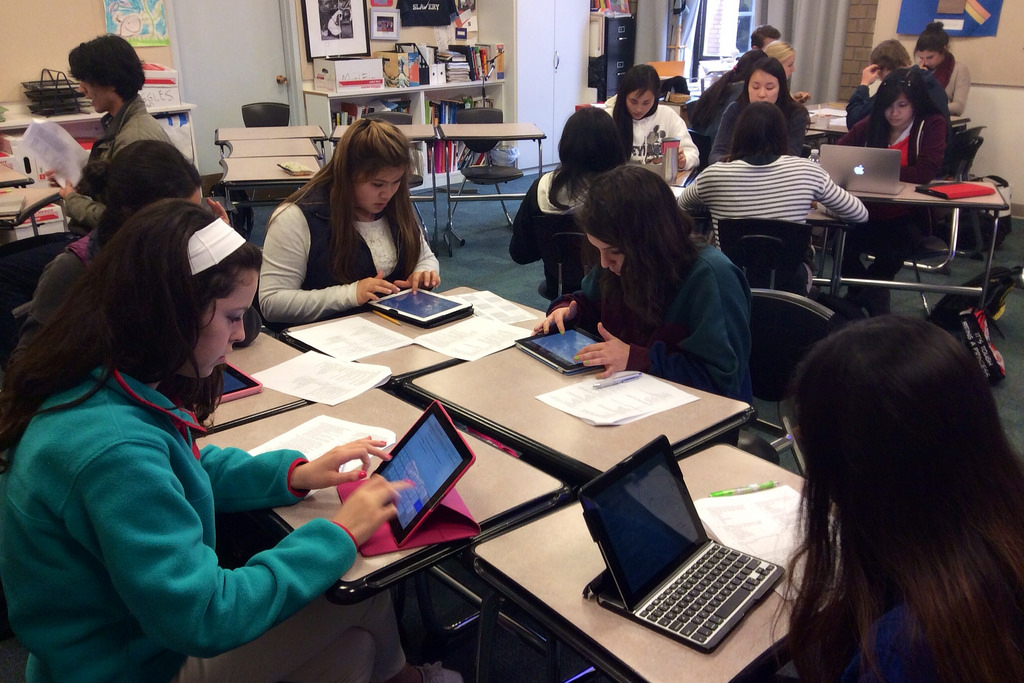 One of the many benefits of equipping students with an iPad, educators say, is that it further enables them to have control over what and how they are learning. With an endless array of knowledge and resources at their fingertips, students can learn in ways never even imagined in decades past.

Another energizing advantage is that teachers are better able to capture their studentsâ€™ attention. By delivering history or geography lessons through games, videos and social networks, students become more engaged with the material. Teachers have been able to capitalize on the electronic avenues that were traditionally designed for gaming, entertainment and communicating with friends, and use them for educational pursuits.

To further explore how the iPad (and other tablets, by implication) can impact teaching and learning, check out these 8 Positive Findings from 4 Year 1:1 iPad Initiative.

Apple currently holds the majority of the education market for tablets. Last year, the iPad accounted for 94 percent market share. However, Apple has lost some steam as competitors like Google are entering the ring. According to CFO Luca Maestri, while iPad remains the tablet of choice in the classroom with 85 percent market share, reports have surfaced that Googleâ€™s Chromebooks are outselling iPads. Google reported in July that 1 million Chromebooks had been sold to schools in the previous sales quarter alone â€” certainly nothing to scoff at. In fact, analysts predict 5 million Chromebooks will be sold by the end of 2014. However, Chromebooks are laptops, not tablets.

Between the Android platform and emerging Windows 8 based tablets, there are legitimate tablet format contenders to the leading iPad gradually coming into contention (for example, just check out this array of non-iPad tablets empowered by the Qualcomm Snapdragon processors, offering high-speed processing, extended battery life and speedy connections â€” all of which are important to a busy student on-the-go).

Here's a number of iPad alternatives and articles exploring them:

This new hybrid device is poised to make an impact. Many manufacturers have released new models that are part laptop, part tablet. Most of these devices allow you to separate the keyboard section from the screen and the screen is a fully functional tablet. Here's a number of these new models:

Whether it's the Apple iPad, an Android or Windows tablet, a custom-built tablet for education, or a 2-in-1 one computer, these devices are enabling effective changes in how education using technology to enhance teaching and learning.

Are you using a tablet other than the iPad in your classroom? Please comment and tell as a little about it!

Related Posts (if the above topic is of interest, you might want to check these out):
iPad Workflow in the Elementary Classroom â€“ 6 Techniques and Tips
Collaborative Learning on Touchtables: Engaging Students with Group Work
5 Excellent Tools to Assist Visually Impaired Students with Mobile Technology