With the Gamification of Education on the Rise, we Explore Some of the Hurdles That Remain for Wider Acceptance to Take Hold.

Remember the early days of video gaming? Teachers lamented the existence of the accursed time-wasters and parents struggled to keep their kids' eyes on their studies and away from those decidedly non-educational screens. In the last few years, growing awareness of the educational potential in a device that so easily captures and holds children's attention has begun to give video games something of a remodeled reputation. 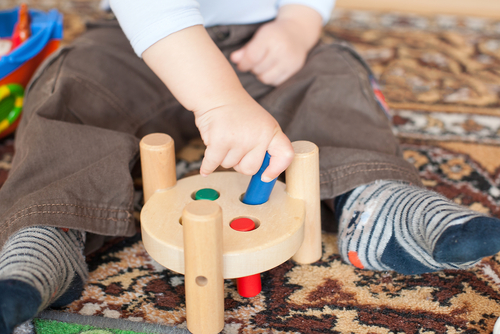 Even with gaming in the classroom taking hold, though, the old attitudes of gaming as no more than frivolous entertainment still prevail among a wide set of parents and educators. What can be done to help the holdouts see past their biases and give games a chance to prove themselves as tools for more than just killing time?

What do parents think?

With all the research done on the benefits of games in the classroom, it's a bit perplexing that there's still resistance to the notion of video games in education. Gaming has even been known to help students feel good about math, if you can believe it.

Chelly Wood, seventh-grade teacher and administrator of online writing handbook at The English Emporium makes the case that the parents of today's primary and secondary school students might be wary of video games not because they misunderstand them, but because they know them all too well.

“These parents were once children who played video games themselves,” Wood said. “They understand the magnetic pull a video game can have on a person's psyche, because they used to beg their parents to let them play video games.”

In Wood's experience, though, those parents reared on Oregon Trail and Math Blaster tend to be fairly open to educational gaming once they're made aware of how a game fits into the lessons. In fact, parents are not typically the strongest opponents of video games in the learning process.

“The one place where I hear people saying, ‘I don't have time to let the kids play video games,' is in the staff room at school,” said Wood. “Teachers fear that time spent playing video games wastes valuable time that could be spent with direct instruction of the required curriculum. They worry that educational video games can't cover as much curriculum as human interaction can.”

Maybe the issue isn't with educators' personal preferences after all. If the rigors of high-stakes standardized testing are driving resistance to educational gaming, some new tactics may be in order.

Schools may have a hard time looking past the goals of the standardized curriculum, but the lessons learned through gaming can be surprisingly flexible. Could witnessing firsthand how well students respond to games help encourage educators to think outside the box when teaching to required outcomes?

Walter G. Meyer is co-author of GAM3RS, a touring stage play that takes gaming as an ordinary part of life. The play doesn't evangelize video games as classroom tools, but Meyer takes the time to conduct workshops with students at schools where the play is put on, helping them understand the connections between gaming skills and life skills.

Meyer also delivers lectures to students and educators alike, where he helps put modern concerns and attitudes into perspective.

“When I speak to schools, I quote from sermons and editorials from the 1870s and 1880s that condemned baseball as the beginning of the end of American society,” Meyer said. “It was going to destroy our youth! Now what more American and wholesome [thing] could your kid do than play baseball?”

Meyer also brought up a point made by U.C. Berkeley professor and gaming advocate Jane McGonigal. Like it or not, she says in her book “Reality is Broken,” video games are here to stay. We can either embrace them and find the good in them, educational and otherwise, or choose to react to them in fear and miss out on any of the things that they might have to teach us.

Even if gamification research becomes widespread and all stigmas against video games in the classroom were lifted, one tough hurdle may still remain. Dr. Richard Lamb, a professor of science education measurement at Washington State University, reminds us that educational video games do come with a particular set of budgetary demands.

“Administrators and teachers are becoming more accepting of the use of video games as an educational tool,” said Lamb, “when they are educated about the potential and use. However, the bigger problem I find is not so much the acceptance of the games as tools but rather the lack of infrastructure.”

Even though 1:1 classrooms are on the rise and more and more schools are moving toward a serviceable cache of computing hardware, not every teacher can make enough computing power available to enough students for games to integrate effectively into their instructional flow.

All in all, though, attitudes toward video games in the classroom are changing and old stereotypes are being left behind. At the same time, edtech innovators are hard at work on ways to increase the penetration of adequate technological resources. Maybe, with some judicious planning and a little good fortune, learning with video games will soon be as American and wholesome as baseball and apple pie.

Related Posts (if the above topic is of interest, you might want to check these out):
The Evolving use of Badges in Education
Why Every Student Should Be In a 1:1 Classroom
8 Research Findings Supporting the Benefits of Gamification in Education