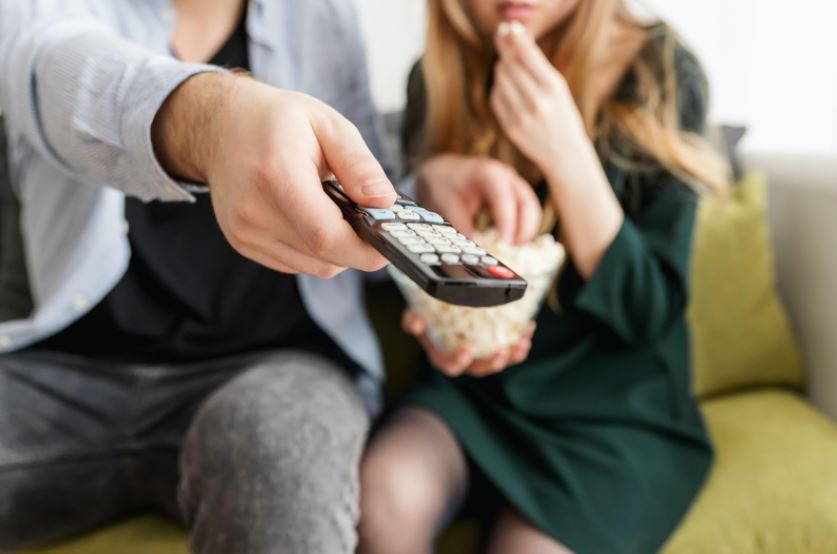 When I first read this suggested topic title I groaned, thinking of those teachers who too easily resort to showing a TV program or movie in class when they just don't want to teach. Yet when I read the piece, it was interesting and informative. Thanks to Tom Cox for the post. – KW

People are cooped up at home a whole lot more than usual these days. One benefit is that now many people have time to spend on hobbies and pastimes that they keep meaning to get around to but never have time for.

One of the biggest of these is learning a new language. During 2020, the number of people using language learning apps exploded. Itâ€™s quite incredible that the pandemic has seen human interaction diminish due to social distancing. But, somewhat paradoxically, more people are connecting with a new language than ever before in recorded history.

However, apps arenâ€™t the only way to learn a new language. How about using something that is likely already a favorite pastime? Read on to discover how to learn a language by watching TV and movies.Â

TV: The Most Popular Language Activity

Though many more words exist in a language, the most common 1,000 words account for about 80% of a languageâ€™s use. Of course, this is very generalized and depends on the language in question and the setting in which it is being spoken.Â

However, if language learners can master that core 1,000 words, they will be well on their way to fluency in their target language.Â

Furthermore, watching TV and movies to learn a language helps improve the learnerâ€™s ear better than most language learning curriculums. Why? Because curriculums usually use native speakers who speak slowly and enunciate their words. This is helpful at the beginning for picking out words, but it doesnâ€™t prepare the language learner for the way people talk in the real world. Characters on TV shows, however, tend to speak as a normal native person would speak on the street.Â 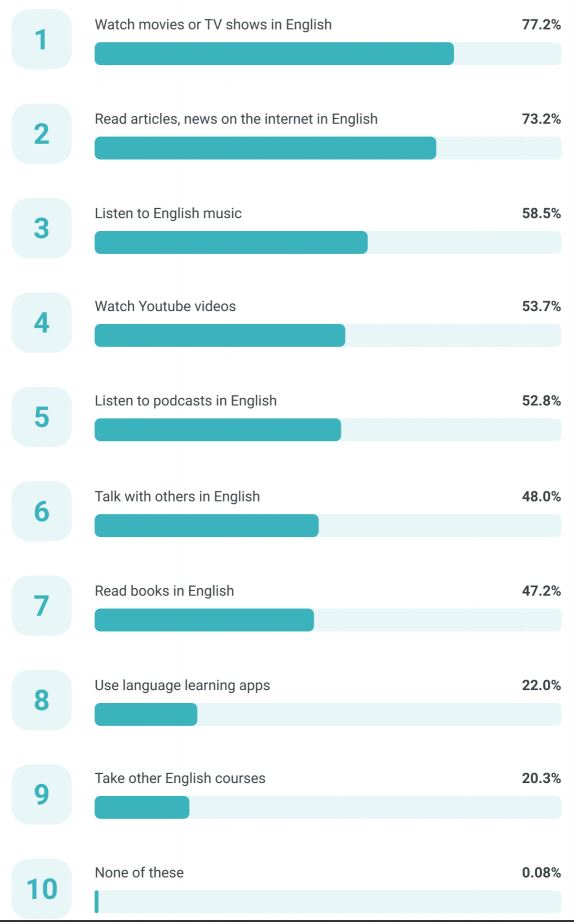 4 Ways to Learn a Language with Netflix

However, while passively watching movies and expecting to absorb the language can help, it is not exactly an efficient way of learning. Letâ€™s look at how language learners can enhance their learning experience and speed the process by actively engaging with the program they are watching.

First, learners should think critically when choosing the Netflix show or movie they want to watch. Obviously, there is a huge difference between the words used in a childrenâ€™s movie and those used in an award-winning deep-thinker movie. In the former, learners might get along okay whereas in the latter, most of the dialogue and idioms will be going over their heads. Thus, pick something that is enjoyable to watch and will use a lot of common words, yet isnâ€™t too deep or technical.

Language learners should watch the movie first with subtitles in their native language so that they have no need to worry about following the plot or understand the character development in another language. Listening to the movie once will help begin acclimating the ear but it wonâ€™t be so difficult to follow what is happening.

The next time through, watch with subtitles in the target language. This helps learners pick out new words, even when they are difficult to understand. The final time through, learners can watch with no subtitles. This is challenging, but the first two run-throughs will help the learner and this is where they can really put their ear to the test!

2. Use â€œmodelsâ€ to practice pronunciation

Those with a theatrical side will especially love this tip. Learners can choose a segment and work on memorizing the lines for their favorite character. Imitating the way they speak and even going so far as to mimic their body language helps language learners develop a more natural approach to the language.Â

There are always minor differences between how words are pronounced or used in real life compared with learning from a book. Imitating a character and learning their lines is not only a fun way to continue expanding your vocabulary, but also helps learners use words in a more natural way for their target language.Â

3. Write what you hear

Once the learner can start picking out words on their own, itâ€™s time to make things a bit harder. As the learner watches the show, they should write down words as they hear them.Â

Learners can do this in a relaxed way, aiming for perhaps one word per minute. Afterward, they can try speaking about the show and practice the unfamiliar words they wrote down.

The Chrome extension Language Learning with Netflix allows learners to have subtitles in both their target language and native language. This allows learners to both pick out new words by listening as well as know what they mean without having to go look them up.

The brain needs time to relax and learning a language is strenuous. However, every little bit helps. For a â€œrestâ€ day, students can simply turn on Netflix and let it play in the background. Learning a language passively like this will take longer, but it is still an effective way to get used to how the language sounds.Â

Learn a language the fun way

Watching TV is a great, fun way to enhance language skills, particularly when it comes to listening. Of course, to get the most benefit, language learners canâ€™t just sit back and enjoy their favorite shows in their target language. Theyâ€™ll still need to put effort into the process, but for many people this method is more enjoyable than endlessly reciting or writing vocabulary words from a textbook.

Furthermore, it is essential to practice speaking and writing as well. It is easier to receive (listen and read) but not as easy to produce (speak and write) a language. No one ever asks if you can listen to Spanish, they ask if you can speak it.Â

Thus, movies and TV arenâ€™t the end-all for language learning, but used right, they are important tools to help with the journey to fluency!