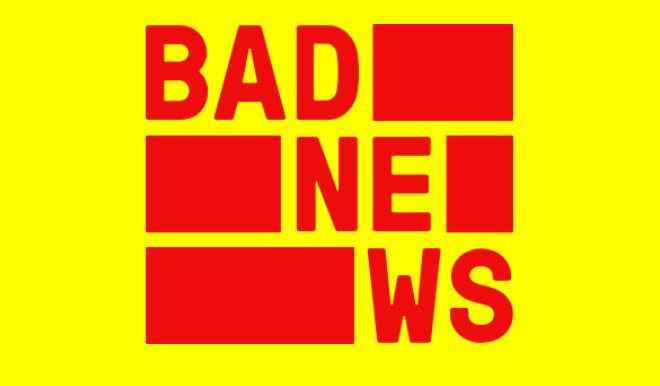 As much of a fan as I am of the many wonderful things the Internet and World Wide Web have made possible, I am equally disheartened by the various downsides of this invasive digital realm. Cyber attacks, malware, misinformation, astroturfing, cyber bullying, social media driven anxiety and depression, and so on. This stuff bums me out.

Sometimes when I get frustrated with the bad stuff, I find myself searching “good news”, just to explore some of the wonderful sites out there that share positive news and content. This is so important as a counter to the dreck and fear that today's traditional media feeds us.

One day a few weeks ago, in a rather surly mood, I flipped my game and cynically typed “bad news” into the search bar. What I stumbled across next blew away my frustration and bought a much needed smile to my face. I had inadvertently stumbled across the “Bad News” game!

This unique game teaches resistance to misinformation by putting players in the position of those who create it.

Disinformation is commonly used by a variety of parties, including some governments. Social media is a ripe playground for this. For example, it is estimated that about 15% of Twitter accounts are “bots”, which are used to spread all varieties of misinformation. This type of activity has been in the U.S. headlines since the 2016 Presidential election re: Russian influence on the election.

It has become increasingly commonplace for various factions to spin their own false stories to influence people's perceptions of events.

While there are growing efforts from search engines, social media sites, and even governments to counter this trend, there will still be limits to the effectiveness these attempts can attain. An educated population is essential if we are going to better inoculate ourselves from being manipulate through purposful misinformation.

In the Bad News game, players are shown a text or meme (such as an article headline or picture) and must choose from various actions. Choosing options that are in line with what a real producer of misinformation would do gains them more credibility and more followers. They have to walk a fine line, not pushing the ‘lie' to far. Badges are earned for impersonation, emotion, polarization, conspiracy, discredit, and trolling.

This “About the Game” subsite explains much more about the game. I am impressed and intriqued with what the folks at DROG have done and would love to hear from educators who have taken this game for a spin in their classes!