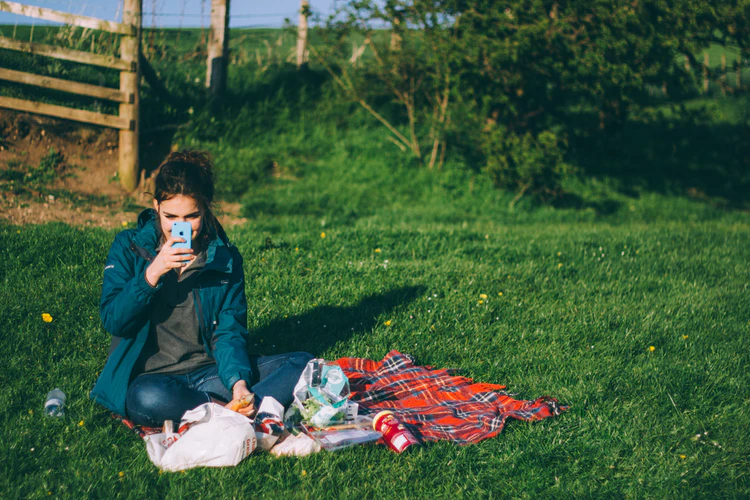 As the events of 2020 continue to unfold, daily life is changing in unprecedented ways. Overarching shelter-in-place and social distancing orders have left the bulk of American families with plenty of free time â€” too much free time, many would argue. For our children longing for social interaction outside of the immediate family, social media may seem like the perfect escape from boredom and isolation.

As such, young people and their parents, for that matter, around the world are turning to various apps and social media platforms en masse for emotional support and social connection in the wake of a global pandemic. Those bored and isolated teens and tweens continue to rely on their traditional favorite platforms, notably Snapchat and Instagram. In fact, studies conducted before COVID-19 hit show that 75% of teens use those two platforms, both of which allow users to share images and short videos.

But our increased reliance on technology and social media may not be good for our childrenâ€™sâ€™ mental health or developing brains, despite the platformsâ€™ crucial function of providing human connection when real-world channels are unavailable. Social media and technology have become an undeniable part of children's lives, and are even more ubiquitous in 2020. Thus, in these challenging times, how can parents and educators help young people to balance the good aspects of social media with the negative effects, especially where mental health is concerned?

Interestingly, the COVID-19 epidemic has become an unlikely experiment in the viability of social media as a replacement for tangible human connections. For many of us, social media has suddenly become a crucial lifeline and a reminder of what once was. Educators may be able to stay connected to students via social media platforms, even providing them with mental health and learning resources with help from instructional technology.

Social media may also serve as an outlet for creativity, which is crucial during times of social isolation when young people arenâ€™t able to express themselves in a physical classroom space. In this way, social media may even benefit the developing brain, rather than stifling it. In fact, the American Institute of Economic Research (AIER) recently published a study on the connection between TikTok and human creativity.

Among social media platforms, TikTok is the new kid on the block, but itâ€™s already immensely popular among young people and has even launched musical and dance careers. Users can create short, fun videos and share them far and wide with TikTokâ€™s more than 800 million global users. According to AIER, TikTok â€œreveals the untapped creativity of the human mind.â€ In this way, the platform allows young people to freely express themselves without fear of online trolls or unkind comments that can negatively impact self-esteem.

Of course, social media isnâ€™t all about human connection and self-expression. Thereâ€™s also a dark side to technology, most notably in the realm of mental health. And we can learn a lot about the ways in which social media impacts brain health from millennials, sometimes called the â€œburnout generation.â€

Millennials are considered the first generation to grow up in a world saturated with technology and the internet. And they seem to be paying the price for that constant connectivity. According to Fiscal Tiger, millennials are â€œstruggling with mental health in greater numbers than older generations,â€ notably depression. Social media seems to be at the crux of the issue, as millennials are particularly susceptible to its negative elements, including the concept known as FOMO, or fear of missing out.

While it sounds arbitrary, FOMO can be a serious matter for young people longing for social connection or who desperately want to fit in. The idea that one is missing out on important events or life milestones can negatively impact self-esteem, fueling anxiety and depression. FOMO can effectively snowball into something more serious, and that negativity can be difficult for young people to break free from.

Unfortunately, it can be more difficult to recognize the signs of poor mental health during times of mandatory social isolation. Seclusion ultimately affects everyone, no matter our age, and not in a positive way. Depression and anxiety are common symptoms of continued isolation, and no amount of social media and online connections are necessarily going to improve the situation.

Yet parents, educators, and caregivers should be aware of the warning signs of depression, whether itâ€™s related to the overuse of social media, social distancing, or an underlying mental health condition. Continued depression and anxiety can wreak havoc on the developing brain, effectively masquerading as the new normal and severely impacting cognitive function.

Itâ€™s important to note that depression related to temporary events, such as social isolation, is typically fleeting and less serious than clinical depression. Either way, depressed young people may exhibit symptoms including insomnia, irritability, persistent sadness, and the loss of interest in daily activities. And a constant reliance on social media can compound those symptoms, most notably when cyberbullying enters the picture.

Social media and technology are an undeniable part of our children's lives. While social media does indeed have positive aspects, its overuse can be detrimental to the mental health of young people. Educators should be on the lookout for mental health warning signs, and work to highlight the positive role that technology and screen time can play in our daily lives.