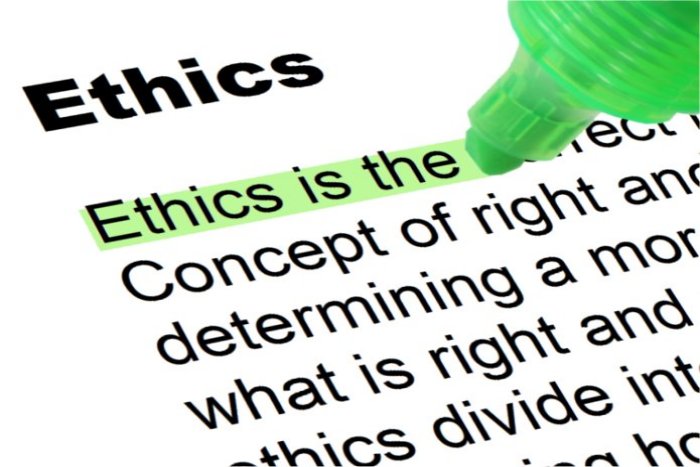 The exponential growth of information technology brings with it a developing set of ethical considerations. Helping students (and ourselves) to be aware of these issues can be an important part of our development as citizens. It can also help us be a little more reflective and vigilant … a little less willing to cast aside privacy and constraint in favor of convenience and digital indulgence.

Lets explore some of the ethical challenges presented by the proliferation of digital communication, content, connectivity.

One of the biggest challenges that digitizing everything from music to movies has created has been the ease with which these assets can be stolen and shared at little or no cost and with no apparent penalties.

I like to ask students in my Digital Literacy class if they think it's okay for a friend to give them a digital copy of a song or record that they purchased. They pretty much all say “yes”. Then I ask them this, “If you spent the time and money and used your talent to record an album and discovered that it was being given away all over the world and you weren't being paid anything, would you be okay with that?” It's not terribly surprising that most of them suddenly jump the fence and say “No!”. This can be the jumping-off point for a good discussion about digital piracy.

Most people don't realize the impact that digital piracy has on many industries. Here's one image that is worth not just a thousand words, but billions of dollars. We see how global sales of recorded music have dropped drastically since the widespread use of the Internet and computers has made pirating music so easy. 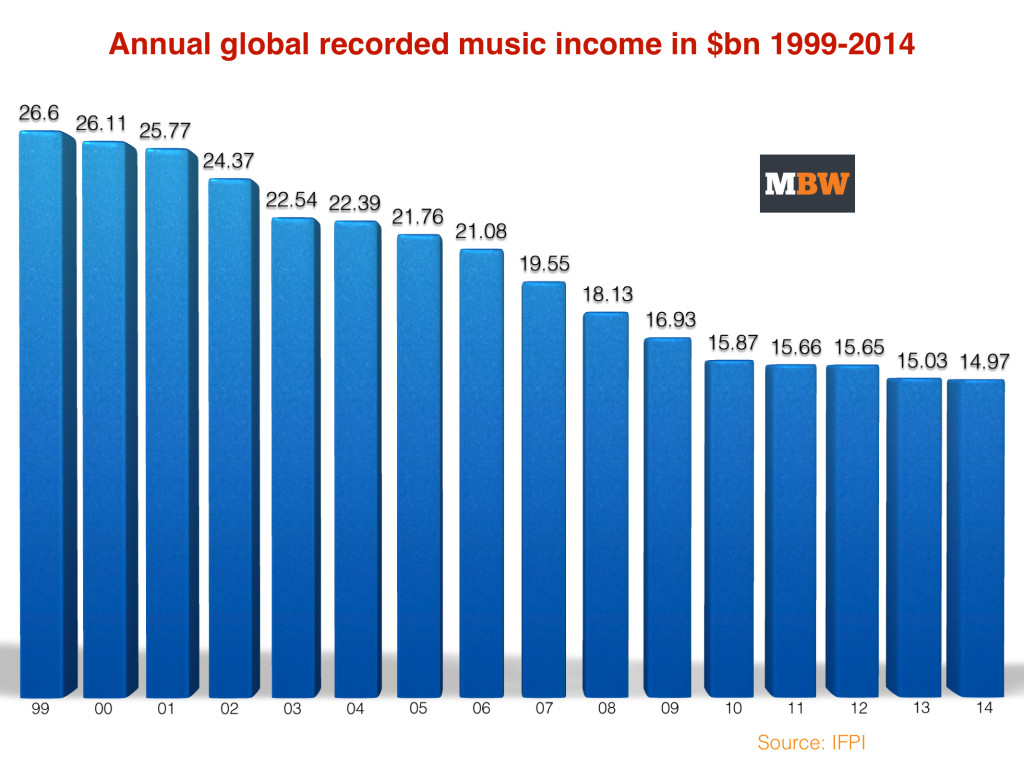 Of course, one small silver lining in this cloud is the way that digital technologies have made recording good quality records (like my 2014 EPÂ Keeping the Dream AliveÂ 🙂 ) more affordable than ever, and the Web has made it much easier to reach a wide audience.

This is often the way it goes with technology – some pros, some cons.

We've only just begun to explore the impact of the explosive growth of connected devices and what it means for our privacy. Of course, even before today's all-present, wireless, IoT-rich world, we've been exposing loads of data online through Google searches, social media posts, and so many of the things we do on the web. Many of our clicks translate to data that the Googles and Facebooks of the world can sell to marketers and other interested parties. And we don't see one ‘hard' dime of that income (unless you count the free services we get from these companies, supported in part by their being able to sell and use this data, which is certainly a value in and of itself). But that's just a tiny consideration when it comes to privacy.The bigger concern is the ease with which we may expose our own information, and in doing so, open the door to potential exposure of information about those we live with, potentially putting them in harms way. (Do you think you have “Nothing to Hide“?)

The next level of how this age of massive automated capture of data has been heralded came with the wireless, mobile web and “IoT”. The “Internet of Things” = cameras, sensors, AI assistants like Alexa and Siri, and countless other wireless gadgets, pulling data about us night and day and feeding the big data frenzy! Everyone of us is creating more data every day than we realize. Even people who may not touch a piece of tech are getting captured, simply walking down a city street (where they get recorded on cameras) or driving through a toll (where EZ-Pass style systems capture data). And when we bring Alexa and Google Home into our homes, who can ensure that a bad player won't access that device and figure out when we're home or not (we already know the CIA probably can)? How's that for an invasion of privacy?

Many have written that “Privacy is Dead“, but we musn't go down without a fight! Â The scariest aspect of the loss of privacy is the ease with which hackers, organized crime, and even nation/states can access our data and steal our identities. In this case, a little healthy paranoia can be a good thing.

To explore this further, here is a list of “9 Disturbing Data Privacy and Security Concerns We Should ALL be Aware of“.

Another ethical issue that we don't often think about is what happens to our old devices when we're done with them. If we throw them in the trash, that's not cool, as there are toxic chemicals in them. If we give them to a “recycler”, unfortunately many of them ship them to Asia where they are poisoning the environment as disadvantaged people do their own very manual form of recycling to reclaim the gold and other valuable materials in this equipment. This news footage below explore the problem in ore depth.

The bottom line is that it is very important that old equipment be donated to someone who will reuse it or, if it is going to be disposed of, find a place that certifies that they use proper disposal practices (Best BuyÂ here in the US for example, although what they can recycle varies by state).

It's a lot to Think About, but we can't Just Ignore it

All of this just scratches the surface of the ethical and legal dilemmas that the ever-increasing growth of digital technology and data is bringing. We haven't even touched on some issues with bigger implications (like Artificial Intelligence, increased automation displacing more lower wage jobs, or the relationship between digital technologies and the human body and mind).

Society and the world in general is still only gradually exploring and adopting to the implications of these changes. Educators have a great opportunity to help students (and colleagues) be aware of these considerations and open to discussing and addressing the challenges they bring.