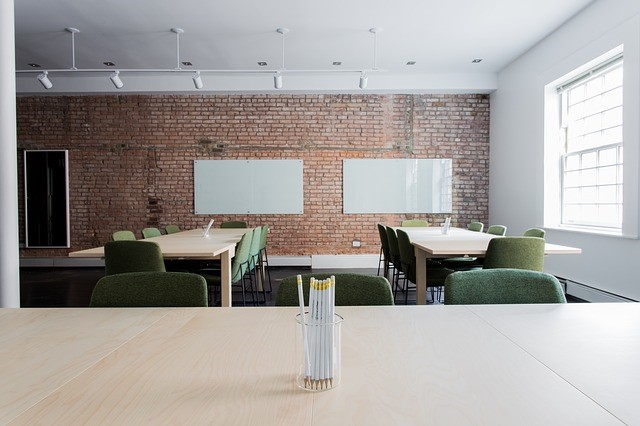 Not really sure how I feel about this yet, but it is a potential reality we all face. This is a good piece on an interesting topic worthy of further consideration (before it becomes commonplace). Thanks to KostasÂ ChiotisÂ for the piece. – KW

Technology has had a strong effect on just about every aspect of education. For example, children with visual problems have experienced an educational revolution thanks to the emergence of incredible accessibility technology.

One technology you may not immediately think of as being important to education is the humble WiFi/IP camera. If you havenâ€™t been keeping track of these devices lately, you may have missed how amazing the technology has become. If you need a refresher, check out this IP cameras review.

In this article Iâ€™m going to talk about a novel use of WiFi/IP camera technology. Not as something to help students, but as something to improve the effectiveness of teachers. How? Well, thatâ€™s what weâ€™ll demonstrate here.

Keeping Teachers on Their Toes

In this modern day and age most parents would not feel comfortable with the idea that another adult has unsupervised authority over their children. Itâ€™s becoming more and more common for schools to install a permanent surveillance camera and store all classroom footage just in case there is ever any suspicion that a teacher act in a way that doesnâ€™t do the profession justice.

Itâ€™s not just for the protection of the students either, when a teacher is faced with accusations itâ€™s good to have a video record of what actually happened so that a fair assessment can be made.

Teachers that can teach without fear or favour are inevitably more effective.

Although most professionals donâ€™t like the idea of an administrator silently judging them from the other side of a camera, having universal IP camera recording in the classroom makes unobtrusive peer review possible.

The traditional way to vet new teachers is to have another experienced teacher sit in the back and observe teaching practice, but of course that can have a negative â€œobserver effectâ€ on the teachers.

On top of this, having a single teacher judge performance brings in all sorts of problems with bias on the part of the judge. Itâ€™s better to have a panel of peers, but you can hardly bring a panel of six or seven people into the classroom without causing a major disruption. By having the panel review a recording (or even watch live) on the other hand, we can make sure that only sufficiently effective teachers get to fly solo.

No matter how experienced you are, thereâ€™s always something new to learn. If youâ€™re a greenhorn, then the fastest way to learn is through immediate feedback.

In both case having a WiFi/IP camera in the class means that you or an administrator have the chance to review your lessons at a later time and pinpoint areas where things could have gone better.

Not only that, other teachers can learn both from excellent and poor examples of teaching practice. The low cost and ease of use that these cameras bring means there is no reason not to use such footage to make teachers better.

Theyâ€™re a Deterrent for Student Misbehaviour

Humans can be a weird bunch, thatâ€™s for sure. For example, the UK police are using pictures of eyes to deter people from committing crimes. Itâ€™s a method called â€œeye image deterrenceâ€ and it leverages some strange aspects of technology.

Similarly, when you know the watchful eye of a camera is on you, youâ€™ll be less likely to misbehave. When the teacher has their back turned students are aware that theyâ€™re still being watched.

In theory this should cut down on horseplay, where students are clearly not paying attention. It should also decrease incidences of bullying or intentional distraction of other students.

It Helps Teachers Understand Their Students

When a teacher is in the process of giving a lesson they cannot divide their attention equally among all the things they need to be aware of. Having recordings of class sessions means that the teacher can pinpoint problems with specific students.

Are there some students who never speak? Perhaps there is one student that is clearly struggling, but that detail gets lost in the context of the whole class. By using camera footage and carefully reflecting on lessons, the teacher can craft individual interventions and prepare new lessons with foreknowledge.

As powerful as having a camera in the classroom can be, it obviously also comes with a few caveats. Chief of these is risk you run of making teachers feel extra stressed because they are being watched all the time.

One way that one can get around this is to give the teacher control over when the camera is recording or not. This does somewhat diminish the idea that the cameras will help keep students safe from unsuitable teachers, but it is possible to introduce a delay similar to police body cam systems that record a few seconds after the camera has been switched off.

Alternatively one may specify at what times the camera should be on, but allow the teacher to flip the switch, so that teachers are not recorded (for example) when doing administrative work or having their lunch.

The idea is to have teachers see the camera system as a form of support meant to help them be better, rather than to be used as a form of micro-management and source of punishment.

In the end, like any new technology, IP cameras in the classroom can have unforeseen consequences and also end up as a source or problems. Used properly however, they have the potential to help teachers become better more quickly and to a greater degree than ever before. A new generation of digitally-native teachers will most likely feel more comfortable with the presence of this technology in their classroom and even appreciate it for the advantages it brings.

Nonetheless, we must always be aware of the potential pitfalls of any new educational technology and make sure that possible harms are minimized.