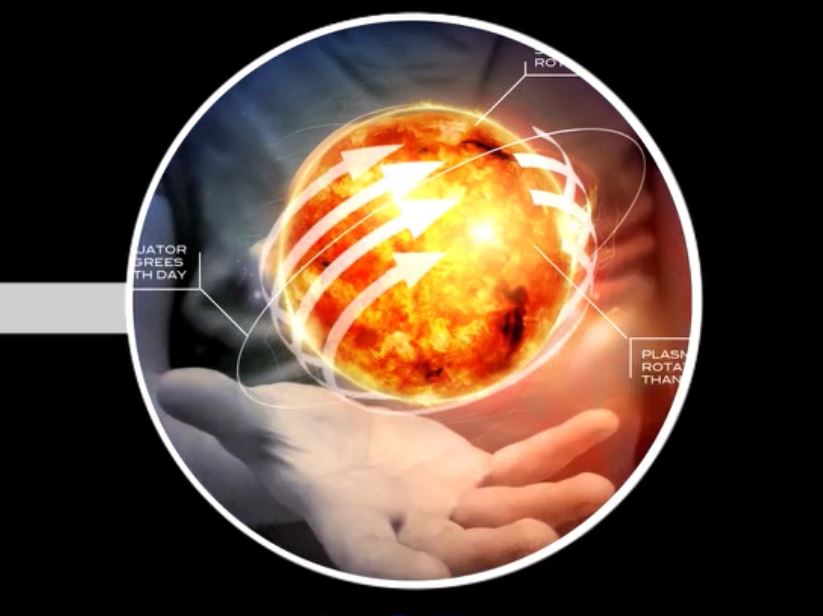 “We now know that kids today learn differently than we did, and itâ€™s because of a fundamental difference in the their lives compared to ours at their age … “

When I was young it was easy to get excited about science. Neil ArmstrongÂ had just become the first person to walk on the moon, we were introduced to microprocessors, video games, lasers, black holes, microwave ovens, and pocket calculators.

Science museums were the place to go for a jolt of inspiration.

I remember a school trip to the Cleveland Museum of Natural History around 1980 and seeing an actual moon rock from one of the Apollo missions.Â  We all just stood around with wide eyes looking at it under glass. Iâ€™m sure my kids today would be less enthralled.

Museums are trying to keep pace with technology. Â Even the word â€œmuseumâ€, feels old and dusty now; bones, ancient pottery, dioramas of a T-Rex and a Triceratops in an eternal battle scene in front of a faded wall mural of angry prehistoric volcanoes and giant dragonflies.Â  I bet some day weâ€™ll see a Museum of Museums.

On my way to work I pass a sign for a â€œHistory Museumâ€ and it occurred to me that it was redundant, take either word off the sign and I bet you wouldnâ€™t loose any visitors.Â  For this reason a lot of science and history â€œmuseumsâ€ are becoming science and history â€œcenters.â€ Â Donâ€™t get me wrong, I love these kinds of places, but Iâ€™m worried about them.

I work in advertising, my company makes commercials. Â A big part of that job is telling stories, short stories that inspire people with emotional messages to get them to think in ways that benefit my client. Itâ€™s not as bad or deceptive as it sounds, really (and itâ€™s not like Mad Men).Â  â€œInspiringâ€ is a good word for what we do and with it there is storytelling.

At some point it hit me: storytelling, inspiration, emotional messagesâ€¦I could use these skills with my kids, get them inspired about things like science and learning.Â  Iâ€™d done it a thousand times, but instead of inspiring someone to buy cereal I would be inspiring someone to find excitement in things like science, biology, and chemistry, or whatever they seemed drawn to. Â I could find interesting narratives, show them things that hooked me when I was young.Â  But as I write this Iâ€™m thinking, do kids learn the same way we did at their age?

Hang on a second, my five year old is asking if she could play on my iPhone.

Getting ‘Digital Natives' Engaged in Science and Museums

We now know that kids today learn differently than we did, and itâ€™s because of a fundamental difference in the their lives compared to ours at their age. Â Everyone younger than 10 years old has never known a time when technology wasnâ€™t everywhere.Â  Smart phones, Facebook, Twitter, Snapchat, Youtube, instant messaging, multi-player online games … theyâ€™re immersed.

When I was young we had three television channels, scheduled programs, no computers, and a phone that was attached to the wall.Â  My kids have hundreds of choices of channels to watch, the ability to start and pause programs, and access to a phone that is over a million times more powerful than NASA had during the first Apollo missions.

Kids today drive their own experiences, make their own choices, and accept that digital gadgets are part of life.Â  They socialize, communicate, work, and hang-out on their devices. Their brains work in a fundamentally different way, and because of this they also learn differently.Â  They are comfortable in that digital world.Â  They are native.

Like most parents I am worried this is a bad thing. Â We can limit the screen-time, but we should also realize that screens are going to be around for a long time. Â Alan Watts wrote, â€œThe only way to make sense out of change is to plunge into it, move with it, and join the dance.â€

“According to a 2014 report by The Institute of Museum and Library Services, there are over 35,000 museums in the US.Â  Thatâ€™s more than the number of Starbucks and McDonalds, combined!”

Science museums inspired the young me, and I was hoping it would do the same for my kids. Unfortunately, our recent museum trips have been a little disappointing. Â There was a lot to read and seeÂ but unfortunately not much to amaze my kids. Â As I said before museums have it tough right now.Â  Today, if you want to know about space travel, or alligators, or coo-coo clocks, you probably wouldnâ€™t think of going to a museum; you would type it into Google and follow the info.Â  Are museums a thing of the past?Â  I hope not.Â  What role can they play in a high-tech society? How do they become relevant?

According to a 2014 report by The Institute of Museum and Library Services, there are over 35,000 museums in the US.Â  Thatâ€™s more than the number of Starbucks and McDonalds, combined! Â So itâ€™s a demand issue and not a lack of supply. For Museums to survive, theyâ€™re going to have to adapt to their new audiences.Â  If you look at museum mission statements youâ€™ll notice something interesting: the word inspire appears more than the word educate.Â  Museums donâ€™t want to teach, they want to inspire. They want to inspire visitors to learn more about cars, or space, or history, or coo-coo clocks, or electricity, or volcanoes.

If museums could just connect with todayâ€™s youth they might have a fighting chance. I spent lots of time trying to figure out a way for museums to connect with Millennials and GenZ -thus becoming more inspirational, relevant, and valuable for our communities. Â S.T.E.M. education through project-based-learning, citizen science, learning grids, cooperative and user-driven technologies, those are things we can all get excited about.Â  Those are things that generations with the need to drive their own experiences and follow their own interests can get excited about. Â Those are the things in which museums should become involved.

Connecting museums with local schools is part of the solution.Â  Museums already get over 55 million visitors a year from schools, schools love museums and museums love schools.Â  What if the museum exhibits match the school curriculum? What if the exhibits encouraged citizen science projects?Â  What if local schools can add content to the exhibit such as science experiments, student made videos about climate change, or volcanoes, or honey bees?Â  Thatâ€™s the future my team is now working towards.

The Digital Makerspace for Generation Z

In the last few years, a small group of designers have created a system called the Zed Digital Makerspace. (Zed stands for â€œgeneration Z Educationâ€)Â  It is a network system that connects schools with museums to promote S.T.E.M. education through project-based-learning.Â  Students drive their own experiences, build their own projects and learn about things like programming, design-thinking, and paper prototyping through workshops at the school that become part of an immersive digital experience back at the museum.Â  It ties the museum to the school and to the community in a unique tech-friendly way.

Stories in the Sky – TMS from Artifact Design on Vimeo.

If successful, our program would act as an example of how museums can serve an important role in our communities and in education.Â  If it isnâ€™t successful, something similar will be. Every time technology changes, new opportunities arise.Â  In the case of museums, itâ€™s ALL about finding a way to connect with, and inspire newer generations.Â  My kids are growing up and will have kids of their own. That generation (Gen Q? Gen VR? Gen NANO?) will be different in ways we canâ€™t predict yet. But, however these future kids learn, weâ€™ll all have to take notice and design our tools to match the way they learn, and not the other way around.

Here is a link to our site if you would like to join the Zed movement â€¦ www.storiesinthesky.org.

Or CLICK HERE to check out our Kickstarter campaign!