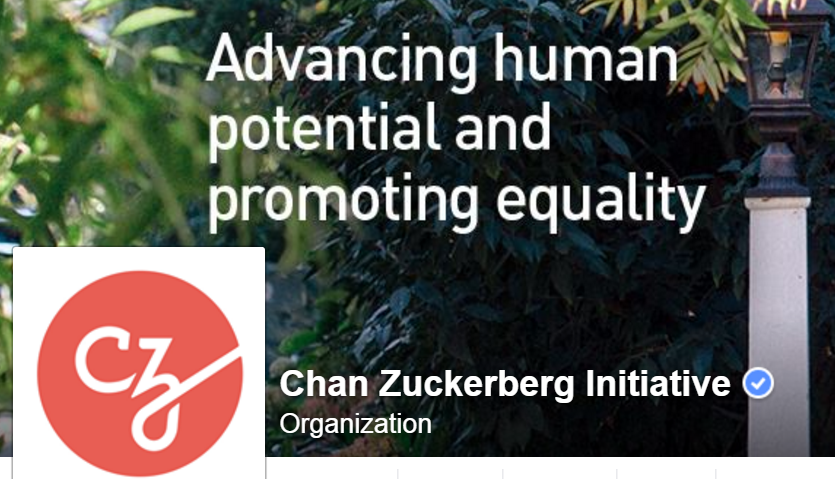 The Intent is Admirable, but How Achievable is it?

I remember a friend saying he thought No Child Left Behind was a good thing simply because it was being said – the statement itself, coming from the Executive Office of The White House was a good thing. And in some ways it was. But it takes more than good intentions to bring about significant change. And as we've seen with NCLB, it alos takes more than funding. So how about the “CZI”? Can the major funds and good intention behind this initiative truly make a difference? I certainly hope so, as does H.E. James. While I may not fully agree with everything being said here, I welcome the experiencedÂ observations she brings to this opinion piece … and I welcome your opinion! Have you had experiences with NCLB, or other well-intentioned and well funded initiatives like these?Â What do you think? Â – K. Walsh

The moment I heard about the Chan-Zuckerberg Initiative (CZI), I thought of No Child Left Behind.Â  I know Iâ€™m not the only one.Â  The cultural reform initiative that was announced via a letter to mark the birth of Mark Zuckerbergâ€™s and Priscilla Chanâ€™s daughter sounds great in theory.Â  It speaks of changing the world for the children in it and focuses on educational reform through the use of personalized learning.

However, having been part of the educational system during the implementation of No Child Left Behind (NCLB), I worry that the CZI will only become another NCLB.Â  Why?Â  Because according to the letter, the CZIâ€™s definition of personalized learning includes â€œtechnology that understands how you learn best and where you need to focus.â€Â  Those of us who have taught in the NCLB era know exactly what that means: adaptive learning technologies.

Adaptive Learning Not the Answer

I taught English on the secondary level just after NCLB was implemented.Â  The standardized test which became the core of NCLB were adaptive.Â  Because the tests were Federally-mandated, students were taking so many tests, we were having to teach to the tests instead of our subjects.Â  It was very disheartening as an English teacher to have to shift gears from teaching literature and writing to teaching my students how to take a test that simply circled back around on itself.

Adaptive learning as it is defined is better suited to higher education than secondary education.Â  As Phil Regier notes, adaptive technologies are great for engaging learners in online higher education.Â  They assist mature learners who understand their learning styles with personalizing the content for themselves.

What Is the Answer?

The scope of the CZI is so great that I donâ€™t think there are any concrete answers.Â  Its emphasis on personalized learning through technology feels as if Zuckerberg and Chan may be putting all their eggs in one basket, and thatâ€™s not wise.

However, there does have to be a certain stability in learning.Â  Teachers have done just fine personalizing learning for their students without the aid of technology.Â  Thatâ€™s why weâ€™re taught learning styles and we learn about our own teaching styles.Â  I integrated e-reading technology into a special needs classroom more than a decade ago.Â  The aim was to utilize a classroom set of laptops in order to facilitate better reading comprehension among my students through annotation techniques.Â  Instead, by relying on the technology, I was labeled as lazy.

As the CZI states, communities must be educated and informed in order for this type of innovation to be successful.Â  I do believe the CZI needs to rethink its pilot community of San Francisco.Â  Certainly the CZI has deeper pockets than I, but if I canâ€™t use NCLB funds to integrate technology in a community of less than 600, the CZI may struggle with a community of around 830,000.

The CZI is in its infancy, so my fears may be unfounded.Â  Many education reform leaders are hopeful that it will lead to growth, but caution that its planning will have to be much more robust to ensure success.

I wish the CZI and its leaders luck.Â  If planned properly, it could indeed be revolutionary.