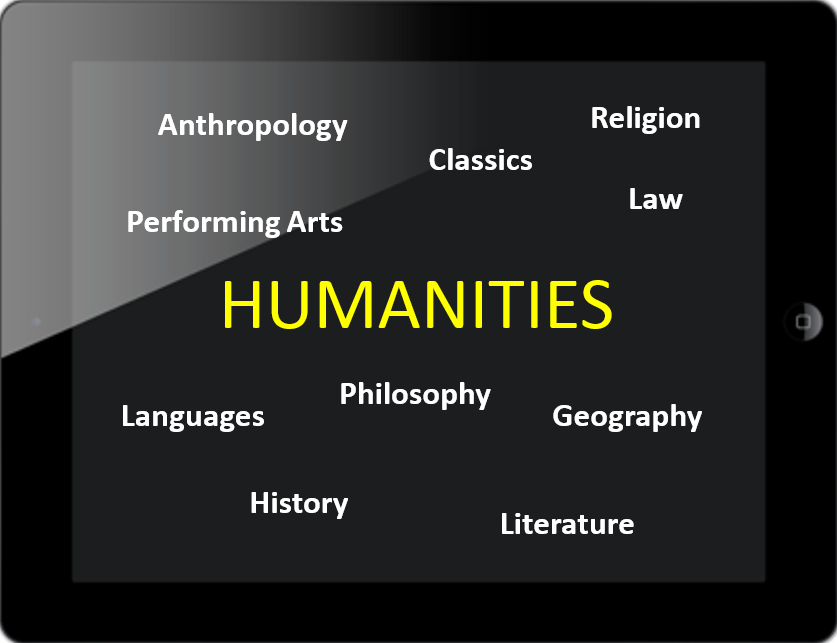 Josh Herring will be presenting the session â€œThe iPad in the Humanities Classroom: One Teacher's Journey from Skepticism to Appreciationâ€ at the 2015 Teaching and Learning with the iPad Conference this November. Come join Josh and hundreds of other passionate educators at the original iPad educational conference November 12th â€“ 14th inÂ Raleigh, NC!

One of the most formative books I read in college was a book by Neil Postman entitled Amusing Ourselves to Death: Public Discourse in the Age of Show. First published in 1985, this work argues that the medium of communication influences the message. Postman analyzes the famous Kennedy vs. Nixon debate, considering the impact of television on their communication. He urges caution with regards to advancing technology.

While no Luddite, Postman believed that technology came with a price and unless we carefully examine the impact of technology we may find ourselves paying an unknown bill.

With Postmanâ€™s cautions in mind, for three years I have now taught humanities courses at Thales Academy, a network of private classical schools based in North Carolina. As a school, we emphasize studying the enduring subjects of mankind while utilizing the latest technological tools.

Our high schoolers each have iPads, as do all instructors. During my second year at Thales, I taught two 9th grade humanities courses (ancient literature and ancient history). The freshmen were brand new to the iPad as their main tool of education, and I was equally new to the problems and successes of the iPad in the humanities classroom.

Initial Struggles with the iPad

Unlike some classes, my humanities courses remain heavily text-based. My primary methodology is a perennial approach: read a text (of varying length) with students, create learning activities which help them engage the text, and eventually ask them to write about it or produce some new iteration of the text through a project. In that context, I discovered some problems with the iPad.

The question remained: How to integrate the iPad into my classroom in way in which it was helpful and not a hindrance?

Over the past two years, I have developed three strategies for helpful iPad engagement.

First, specific apps have been very helpful. Edmodo creates a class website which functions seamlessly and free, allowing me to post links, documents, and assignments on a simple interface. Students can submit their assignments over Edmodo, and I can grade them digitally. Evernote allows students to take notes in an organized fashion, and quickly share notebooks with instructors to verify notation. Quizlet works perfectly for vocabulary review games. With a relatively inexpensive account, I can add images to my Quizlet cards and create a lasting digital resource.

Second, my students use the iPad as a word processor. At first, I assumed students would know how to use the iPad to type papers and would automatically carry over the skills of punctuation, spelling, and syntax they had been trained in for years. I was wrong. I found that the years spent training students to work with pencil and paper necessitate a period of adjustment so that they can effectively use a word processing program (Word, Pages, etc). They had to retrain their eyes to read their writing differently to catch mistakes and correct them. I discovered that though many parts of the iPad were intuitive, typing grammatically correct papers was not. They needed time to adjust to the different medium of communication.

Third, the iPad was very helpful with projects. I learned that the best use of the iPad was in unleashing student creativity. As I began doing more Project Based Assessments with my high schoolers, their growing knowledge of the iPad allowed them to bring in a variety of different apps to create quality projects.

Perhaps my favorite example comes from a video project based on Herodotusâ€™ Histories. We spent about three months working through the narrative of Herodotusâ€™ first history, and students noticed that Herodotus records several fascinating deaths. I assigned them a video project specifying that the finished product had to be at least five minutes long and contain a minimum number of scenes. I received several different results, but the best two were called â€œDumb Ways to Die from Herodotusâ€ and â€œPuppet Theatre.â€ In both cases, students used iMovie, Garageband, and their ingenuity to produce quality short films illustrating their knowledge of the course content.

I have found the iPad to be a helpful addition to my classroom. Where I first had trouble, however, was in assuming I did not need to structure my classroom for iPad success. The promises of students intuitively comprehending the uses of this tool and automatically increasing student engagement were too good to be true. After recognizing the distraction the iPad could pose, I put in place a whiteboard system to inform students if they would need their iPads for class. Rather than replacing books, paper, and pens, the iPad became another tool for enhancing my classroom dynamic. As a teacher, the iPad made it simple to display presentations (PPT, Keynote, Youtube) while allowing me mobility around the classroom to supervise student work.

When handed the iPad with structural expectations in place, my students took my expectations and soared high above them. I have found that Postmanâ€™s advice was wise. Technology is not to be feared, but as educators we must consider how technology can further our educational objectives and use it to increase student engagement. Technology for technologyâ€™s sake does not solve the problems of my classroom, but the iPad as an ever evolving set of tools opens new horizons for methods of engaging my course content.