1 POSTS 0 COMMENTS
https://www.glimpsek12.com/
Adam Pearson, co-founder and CEO of Glimpse K12, has spent more than a decade in the ed tech space. Previously, Adam founded startup Learning Earnings, a nationwide positive reinforcement platform for K-12 students that was acquired by Chalkable. Adam then stayed on at Chalkable for three years as director of corporate strategy before founding Glimpse K12 in 2018. Earlier in his career, Adam spent several years working in the health IT space as an engineer and project manager. He holds undergraduate and master’s degrees from Auburn University and the University of Alabama. 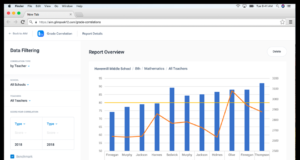 Loving our Kids to Failure – How Generous Grading Can Hurt...

EdTech in the Classroom: Nurturing Skills That Students of Today Need...

Potential Uses for Chatbots and Instant Messaging Apps in Teaching and...