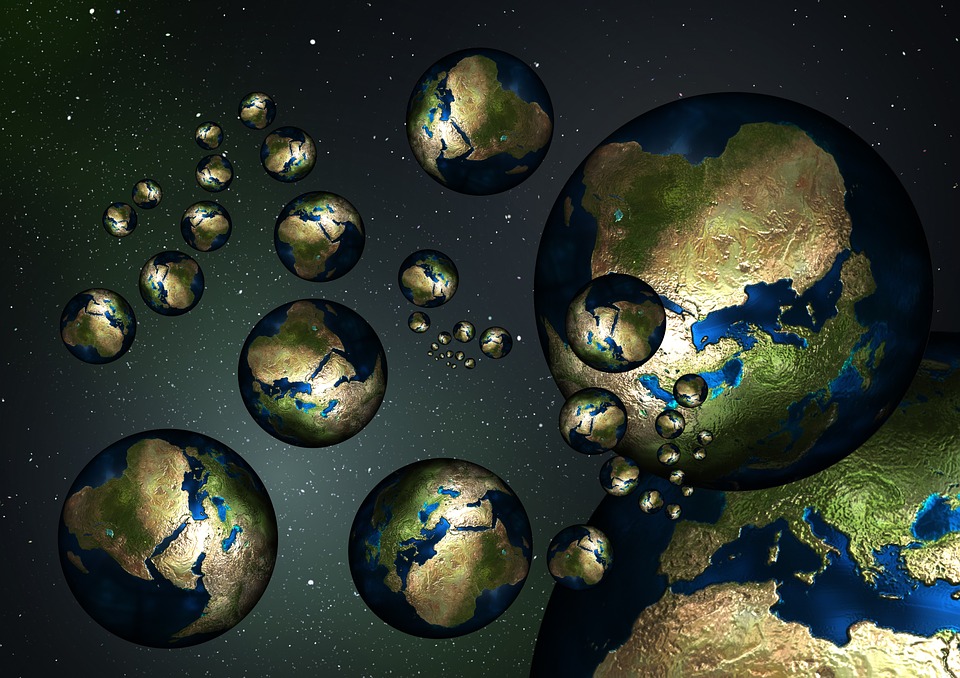 Many of us have clear memories with the exact same details of something that has never happened in reality. Whether this is a parallel reality or holodeck experience, the Mandela Effect is most definitely something real. So, the question here arises: have you ever trusted a memory that is not real, but feels as real as every other memory to you and other people?

Fiona Broome, a paranormal consultant named this scenario the ‘Mandela Effect' after she discovered several cases of people who shared her own memory of Nelson Mandela's death in prison in the 1980s. Knowing this, how can we explain the shared false memories for which there is no simple explanation?

Interpretation of ‘The Many Worlds'

As expected, the interpretations of the Mandela's effect are various and so numerous, which makes the whole situation even more confusing.

Broome explains this by using quantum mechanics, attributing it to ‘the multiverse'. According to her, electrons and subatomic particles behave like particles when measured, but diffract like waves when not observed. This means that the particles do exist in more than one place, but we cannot see that.

Erwin Schrodinger, a Nobel Prize-winning physicist explains this with the help of a cat. The ‘Schrodinger's cat' is a thought experiment that places a cat in a box that has a rigged radioactive-decay-detector with the goal of braking a poison flask once activated. As soon as this happens, a particle that exists as a wave yields two realities simultaneously â€“ one where the cat dies and one where the cat is alive.

On the other hand, many quantum physicists speculated that these realities do exist, but in parallel universes. One of them is Hugh Everett, an American Physicist.

Basically, Mandela Effect is collective misremembering. And while it focuses on large-scale scenarios, people can also use it to pinpoint the gaps in their understanding and knowledge. How can you do this?

You have surely heard of many tricks for easier learning. With the advances in technology, learning is now easier than ever, but in order to see how you can use the Mandela Effect, you need to learn the competence stages.

According to Jeremy Parson, an expert writer from XpertWriters and researcher, ‘The four stages of competence are crucial if you want to understand the psychological states in which a person progresses to competence in a given skill'.

The Four Stages of Competence

Unconscious incompetence applies when the learner is not aware of the skill gap and the things that need to be done in order to finish a task. In addition, they possess neither the knowledge nor the experience, which makes them unable to do the job. This is the first step of learning.

At this stage, the student becomes aware of the skills that are missing and know they are unable to finish the task properly. This is the point where students need to be motivated to learn and taught why and which skills they need to acquire.

Once the learner becomes aware and motivated, he will acquire the knowledge or skills necessary to complete the task in question. This is the part where the stages are broken down into small steps and the student must put a great deal of effort to achieve the goal.

After thorough learning and practice, the student finally understands the skill well and can perform the given task easily and effectively. This requires very little mental effort.

When in the unconscious competence stage, students are at risk of experiencing the Mandela Effect. Seeing that students are now confident about the skills and information, their memory may fail and build fake information in their brain.

Now that you have learned what the Mandela Effect is and which are the stages of learning competence, it is time to connect the dots.

Combating the Mandela Effect in Training

As you have probably understood, the Mandela Effect can be very bad for your learning. Therefore, you should try to combat it in your training. How can you do this?

The solution here is obvious â€“ find out what a student knows and address the gap.

This is the underlying principle of every testing â€“ to determine the present knowledge and improve the future knowledge. Learners are often tested with the goal of determining their level of knowledge, after which teachers use this information to teach new information. The name for this strategy is ‘adaptive learning'.

Adaptive learning can still pose some problems. Even though this method is proven to be extremely beneficial for learning, people still get concerned that the learner maybe got lucky when answering the given questions. If this was the case, presenting only new content is not a very good idea.

It was exactly for this reason that educators started asking ‘are you sure?' This is called the ‘confidence-based learning', where an educator makes sure that the learner truly knows the skill.

The combination of both these methods allows for combating the Mandela Effect in training. When a general-population knowledge gap is existent, this cannot be good for the skills people acquire.

The Mandela Effect can affect the training and do some damage in the long run. For this reason, the goal of every learner is to train properly and eliminate all the gaps, while making sure they do not have the Mandela Effect.

Once a student eliminates the gaps, they can perform better and be more effective. Learning about the four stages of competence helps you determine the stage you or your student is in. By using adaptive learning, the training time is shortened. Finally, you should always measure the level of confidence by applying confidence-based learning.