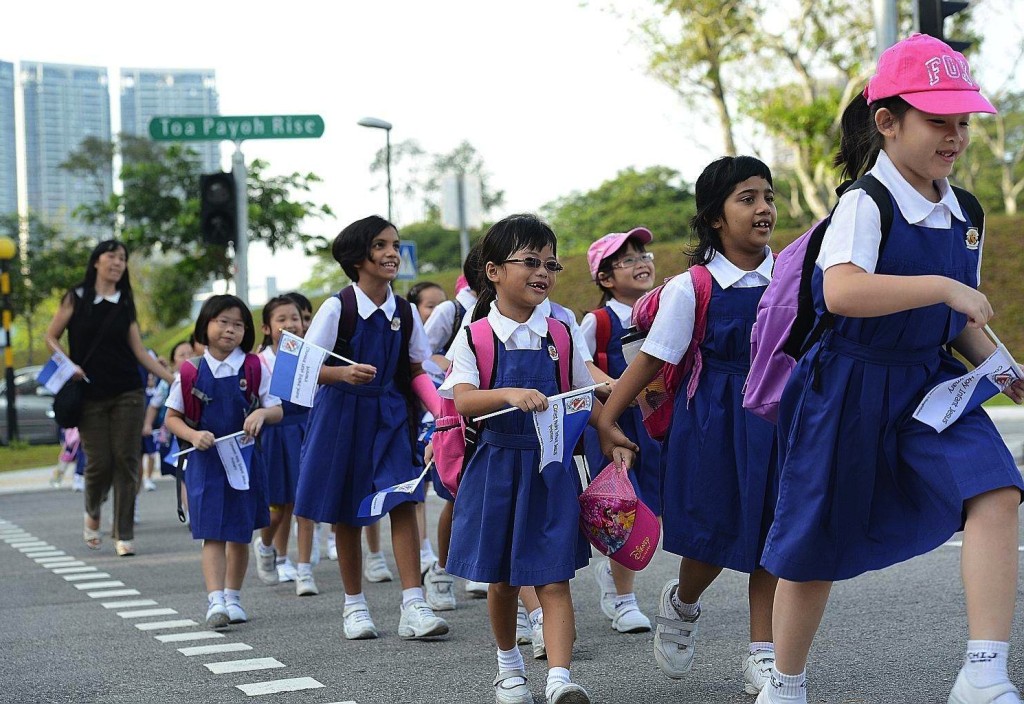 In a little-known city state in South East Asia lies the worldâ€™s top performing primary and secondary school students in maths and science (http://www.bbc.com/news/education-38131731). Yet, even after achieving remarkable success, it is not a system without problems (http://www.straitstimes.com/singapore/education/going-beyond-grades-evolving-the-singapore-education-system). The advent of disruptive technology in the job market creates new challenges that the Singapore society needs to adapt to. Faced with these challenges, the education system is pivoting itself from its traditional focus on rote-learning and qualification-based education towards one which is more skill-based. Ed-tech, the marriage between education and technology, serves as the perfect tool to shift the emphasis. A more job-centric and skill-centric education system requires students to be familiar with technology.

When Singapore was forced into independence against its will, the government had to build an education system that was capable of churning workers suitable for the industrial age in Singapore. Pragmatism became its modus operandi where meritocracy became the cornerstone of the system. Top scorers were rewarded with government scholarships to study in prestigious universities worldwide as a sign of their capability. The entire generation was taught to study hard, work their way into a university and then consequently get good jobs. While meritocracy remains the fundamental philosophy behind this world-class education system, there has been a shift in focus to prepare students for an innovation-driven economy.

This deliberate shift away from an over-emphasis on grades starts young by removing the aggregate scoring system for Primary School Leaving Examinations (PSLE), a national exam which students take at the age of 12 where they are streamed into various secondary schools. This particular form of streaming so early on has been criticised for years since it charts out the future prospects of students at too early an age. Educators said that this new shift in emphasis helps arm students with life-skills; with old-school rote learning and memorising giving way to applying textbook knowledge to real-world scenarios and current contexts.

With this aim in mind, educators in Singapore have been turning increasingly to technology for help. Ed-tech exists not merely in classroom settings to help students learn through simulations, but also to help students find faster and cheaper alternate ways to learn beyond the classroom. This shift is supported by the healthy growth in the Asian Ed-tech scene projected to grow at 8% to US $252 million by 2020 and fueled by the traditional emphasis that Asian societies place on education.

This is an initiative by the eduLab programme, supported by the Ministry of Education, National Institute of Education and the National Research Foundation. The programme is tasked to develop ICT innovations that can be adopted by schools.

eduLab has adopted better and more advanced data technology to help in science lessons. Instead of merely understanding the theory of gravity through textbooks and traditional learning, schools have purchased accelerometers and light-gate sensors to allow students to see the results of gravity on velocity and acceleration first-hand. This level of immersion allows students to retain the concepts learnt in classes more easily since these highly-advanced programs can plot graphs and show correlations between the variables in a clearer manner. This exemplifies the shift to skill-based learning where students are not merely memorising the concepts and laws governing physics, but applying them to everyday life to learn to solve problems using these concepts.

In English lessons, students can use an online annotation tool to analyse visual text such as advertisements. This allows them to make sense of the text in real time and discuss with their peers about the use of such visuals and texts. Another initiative is a web-based program that allows students to read materials and consider the textâ€™s purposes and points of view. Teachers in Singapore have lauded such efforts as it saves them precious time and effort in classrooms and allows students to have a deeper experience of how English is used for different purposes.

Outside the classroom, initiatives such as IMDAâ€™s Lab on Wheels and Code for Fun promote interest in technology amongst the youth by engaging them in experiential activities such as coding, robotics and 3D technology. Furthermore, the adoption of smart devices by schools for learning have been encouraging. For example, Nanyang Girls High School and River Valley High School, two prestigious secondary schools in Singapore have completed eradicated traditional textbooks by replacing them with Ipads. The schools have designed e-textbooks to be used for iPads and students no longer have to carry their heavy textbooks to school.

This attitude of adopting technology and innovation has been infectious as local startups have been active in developing applications to solve problems in the industry. Local startup Miao allows students to post their questions by snapping a photo with their mobile camera. The app then provides results of their best solutions and similar questions for practice. Yodaa (www.yodaa.co) allows students to find home tutors easily to help with their schoolwork. It automates the process of hiring but at the same time keep the quality of tutors through community curation.

What Other Countries can Learn

Singapore already boasts the worldâ€™s top performing students in tests and examinations. Yet, it should be lauded for not resting on its laurels and taking a backseat in the face of the age of an innovation-driven economy. This growth mentality has resulted in a top-down shift in emphasis to skills-based learning and has been matched by a bottom-up willingness to embrace the change and adopt technology in learning. The results are a deeper understanding of the concepts taught and a much higher efficiency when learning.

The problems that Singapore faces in the 21st century are not unique. The shift in emphasis to a more innovation-driven economy is global and every education system in the world should take note. America has already adopted some of the strategies embraced by the Singapore education system (http://www.vox.com/2016/1/15/10773592/teachers-singapore-shanghai-professional-development). Its time that America and the world take note of this ed-tech wave too.