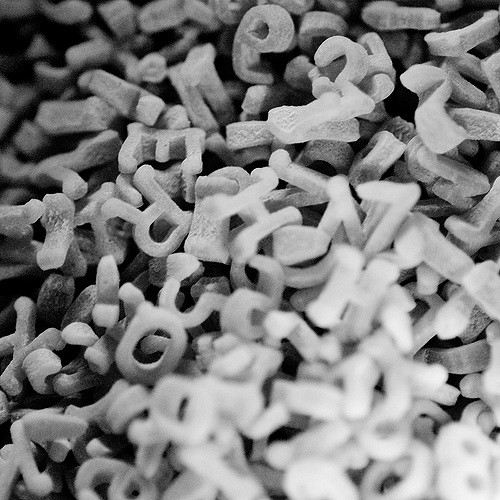 It's a number that tends to jumps out at you: one in every five students has dyslexia. That means there's bound to be at least one student with some sort of reading difficulty in pretty much every classroom. But teachers may not know how to help these students. That's where assistive technology (AT) can be a godsend.

In the first three years of school, children are learning to read. After this, students are reading to learn. The child with dyslexia, however, may not ever be able to read to learn, since reading is so difficult. This results in a lack of parity inside and outside of the classroom, leading to feelings of inadequacy and later unemployment for those with dyslexia. All this despite the fact that students with dyslexia are at least as bright as their more typical peers.

Until recently, students with dyslexia were, like students who are left-handed, expected to overcome their challenges and find ways to cope with typical classroom materials and challenges. They were expected to do what they mostly could not do: read.

Assistive technology (AT) has changed that bleak landscape forever with options such as voice to text programs that transcribe a student's dictation; magic smartpens that can record a teacher's voice for later reference as a student scribbles notes; and e-readers like the Kindle, with adjustable settings for brightness, fonts, margins, and spaces.

These AT tools are generally not marketed as aids for people with dyslexia. They may not even be designed as such. Students with dyslexia, however, can attest that AT tools are invaluable in the classroom and in the workplace, too.

Many AT tools address not only reading difficulties, but the writing difficulties that so often accompany dyslexia, sometimes in the form of dysgraphia, a form of dyslexia that affects written expression. These students may find it hard to plan and set out thoughts in text. They may have poor handwriting, poor spelling, or a problem with fine motor skills. Some can't visualize a spoken word, heard from a teacher's mouth, as text. These difficulties make writing a slow and arduous process. With poor reading and writing skills, academic success is far from assured.

For these students, the Livescribe smartpen can be a miracle product. The pen records as the student writes. The student can turn handwritten notes into typewritten text with the touch of a finger. That means that later, when the student reviews his notes, they'll be legible. If he finds a puzzling notation, Â he can listen to the recorded teacher's lecture and flesh things out, even hours later.

Can't write at all? The Livescribe pen can take oral notes for further study. Like any recorder, there are record, pause, and stop buttons. The pen has a built-in microphone, but also serves as a camera, taking snapshots of everything the user writes.

Livescribe allows a student to transfer notes to a computer with desktop software. There's a search function to help students navigate to specific words. A student need only place the cursor on a word and the audio playback will kick in from that point. New notes are transcribed in new colors for better organization, and notes can even be shared with friends on Facebook.

The Livescribe is fantastic for students with dyslexia because it is adaptable. A slow writer who has trouble keeping up with the teacher can tap the “record” button so nothing is missed. A student who prefers to listen more than write can jot down the most important points and concentrate more on the teacher's voice. Later, at home, the student can tap anywhere in his notes and the audio playback will play from that exact spot. If a student, on listening to the playback, discovers something missing from his notes, he can add it then and there.

There's a learning curve, but most kids are quick to learn new technology. Once mastered, the Livescribe pen allows students with dyslexia to spend more time listening and learning and less time worrying about writing and note-taking. Outside the classroom, the pen helps students fill in things they may have missed in class, and allows for a thorough review of the material. There's an extra bonus for students with an auditory processing disorder: Livescribe allows users to control the playback speed. Students can slow down the playback rate and have more time to process what they hear.

Dragon Speech Recognition Software facilitates learning for students who find it difficult to commit their thoughts to writing. Students may know the answers to homework questions but find it difficult or impossible to write them out. This may be due to fine motor skill weaknesses, word-retrieval problems, or poor handwriting. With Dragon, the student simply dictates the answers to homework questions or recites the words of an essay or paper as Dragon sets it all out in text. With Dragon, students can use voice commands to research topics online. Dragon also facilitates communication by making it possible for students to compose emails.

Dragon software may also help students improve reading and writing skills. The software shows students how the words look in real time as they are dictated. This is good practice for the eyes and brain.

Dragon takes the pressure out of research projects, homework assignments, and compositions. As if by magic, students master the written word, and can answer a homework question or write a term paper without stressing out over getting it down in text. All that is needed is to speak one's thoughts. Dragon does the rest.

Dragon does need to be primed to understand the speaker. A user profile is created and the user reads aloud for some five minutes in order to “teach” Dragon to recognize the user's voice. Since reading is difficult for the student with dyslexia, five minutes of reading may seem like an hour, but it's absolutely necessary in order to get Dragon up and running, and to ensure accuracy.

Thankfully, Dragon offers a menu of reading choices in a range of difficulties from easy to advanced. If dyslexia makes this initial reading difficult, a user can go over the reading with someone before the training period to gain familiarity with the words. Dragon will also analyze a user's written works such as email and documents, to get a handle on the user's vocabulary.

While Dragon is somewhat intuitive, the user will need to spend some time learning word commands like “indent” and “underline that.” Dragon will know to capitalize the first word of a sentence, but you may have to tell Dragon to capitalize the name of your local mall. Likewise, Dragon will add punctuation to the end of your sentence but you may have to specify where to insert a comma.

With Dragon, the user also has to watch for and catch mistakes. For example, if the user dictates “office” and Dragon writes “face,” the user can correct the error by highlighting the word and giving the command to “correct that.” But the user will also need to “train” the word which involves reciting the word several times so the software learns to recognize the user's pronunciation. Taking the time to correct errors and train Dragon ultimately makes the program work more efficiently for the user.

Dragon may even help students learn to speak more clearly. Teachers who can't understand students because they speak too quickly or fail to enunciate, find that after training Dragon, students speak more slowly and more clearly in class. Better still, students who once found compositions and homework a chore become eager to write with Dragon.

Dragon takes some time to train and to master. Most students with dyslexia, however, find that Dragon makes writing papers a breeze. It's also great for communicating by email.

E-readers such as the Kindle have also proven a boon to students with dyslexia. Some people with dyslexia find it difficult to read certain fonts. Kindle now offers a choice of fonts, including OpenDyslexia, which is a font designed for easy reading by those with dyslexia. Others may be distracted by the spaces between lines and words, seeing them as “rivers” of white space that make them lose their place in the text. Kindle users can adjust line-spacing and margins to avoid those distracting “rivers” of white space.

Newer e-readers also allow for users to adjust the size of the letters and the brightness of the screen. The latter is important for those with dyslexia who find that glare wipes out the printed word altogether. Some e-readers allow users to decide how much text is displayed on the screen at any given point. This has proven useful for students affected by “visual crowding.”

Finally, the latest e-readers can be adapted to offer audio accompaniment with adjustable speed, to the printed word. Julya Johnson, whose son has severe dyslexia, has described how this technology helped her son gain access to the written word. He's not quite reading just yet, but with audio books, he's found a ramp to the world of books.

It's clear that e-readers not only help students read books for school, but can open up the world of literature to literature-thirsty students who just happen to have dyslexia. Students no longer need to miss out on the classics because of reading difficulties. With assistive technology in general, students with dyslexia can and doÂ  bridge the knowledge gap between them and their peers. They can succeed in and out of the classroom and prove they're every bit as smart as the kid sitting one seat over.

And that is something huge.