Our students need to be comfortable with the information technologies that are inextricably linked to the 21st century skills the work place requires, and teachers need to help pave the way.

A May, 2013 Gallup Study, summarized in this article, â€œIn the U.S., 21st Century Skills Linked to Work Successâ€, indicates that young U.S. adults who say they developed 21st century skills in their last year of school are more likely to self-report higher work quality. 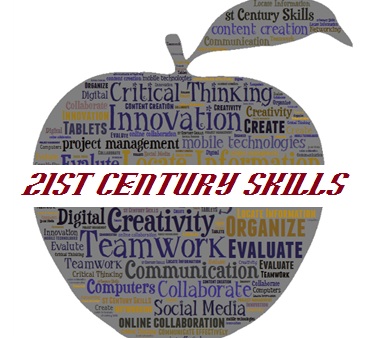 In 2006, the Partnership for 21st Century Learning published a report titled, “Are They Really Ready To Work? Employersâ€™ Perspectives on the Basic Knowledge and Applied Skills of New Entrants to the 21st Century U.S. Workforce“ (Partnership for 21st Century Skills). This is one of many studies and reports published in the last 5 to 10 years that emphasize business's requirement for 21st Century Skills that are increasingly being applied using today's information technologies. Year over year, the requirement for these skills has continued to expand as businesses and the general population increasingly adopt a wide variety of digital technologies.

Some of the skills commonly being cited as vital in today's workforce include:

To clarify what is meant by â€œ21st Century Skillsâ€, this quote from â€œ21st Century Learning Is Not A Programâ€, by William Washington (Ed.D. Scholar, Walden University) offers a perspective I certainly agree with:

â€œThe Partnership for 21st century skills (2011) identifies these specifically: creativity, collaboration, critical-thinking, and communication. In order to help our [students] develop these skills to a high level, we must incorporate modalities that are relevant to present times (e.g. social networking, mobile technologies, digital computing, gaming,) and also engage the student with instruction techniques that facilitate learning (e.g. pinwheel discussion, group collaboration, projects). Â In other words, we need to put the student at the center of the learning and allow them to create their own meaning from experiences.â€ (Washington)

Here again, we see skills such as collaboration, critical thinking, and communication tightly linked to information technologies in the present day world. Many other academic assessments of 21st Century Skills assert this same precept, with some being more precise and assertive than others about the relationship between information technologies and these essential capabilities. As one such example, the Institute of Museum and Library Sciences includes these applications of technology in their 21st Century Skills Definitions web page:

Clearly it has never been more important for schools to provide students exposure to the information technologies that will prepare them for successful entry in to, and thriving careers in, the present day work place. In order to do this, our teachers need to be comfortable with a wide variety of technologies, yet many schools across the country and the world at large have been slow to accept and embrace this vital skill set. Of course, the fundamentals of reading, math, etc., absolutely and undeniably come first, but technology skills are now an essential part of the overall mix.

What is your school doing to prepare students for the 21st century work place?