These apps can save money and mess .

I asked the folks at Punflay to write something up about their new, award winning iPad apps for virtual dissections. I just thought these were so fascinating when I learned about them, I wanted to share them with readers. As it turns out, not only are these an intriguing entry into the virtual lab market, they could even save your school money! Read on to learn more.Â [Note: I've learned that these apps are also available for PCs and Macs – KW 4/7/11] 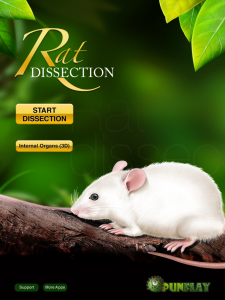 Animal dissections in school classrooms have long provided the rope for an extensive and never-ending tug of war between school boards, educators, animal activists, scientists, and advocates, not to mention students and parents. While many have put forth the pros and cons to dissection from both camps, what remains are the facts: animal dissection is still a part of the school biology curriculum.

Todayâ€™s educators are feeling the brunt of severe budget cuts which are forcing schools boards and teachers alike to look at ways of reducing costs without reduction in educational quality.

Letâ€™s use this current scenario to re-examine the costs involved in maintaining a class laboratory and just how an alternative could save your school a lot of money, without affecting student learning.

Option 1: Order a DIY Frog Dissection kit
Average cost of an all inclusive frog dissection kit with frog specimen: $12.75; Estimated total cost for a class of 30: $383

Assuming that there are only two classes per year, and that each student dissects at least two frogs, that amount quadruples regardless of whether you are maintaining an extensive lab or ordering kits for each student. Not to mention, the fact that this is a recurring yearly expense. 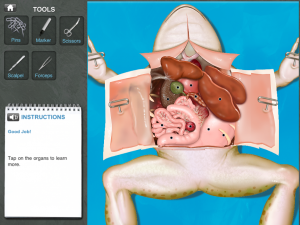 Scientifically Accurate: Designed by experts for biological and scientific accuracy, the app provides a realistic, virtual simulation of a frog dissection.Â  The app also provides additional content in the form of labels, information on frog classification, frog lifecycle, and organ functions.

And that is a one-time payment. Volume discounts are available for the iPad app though the Apple iTunes store and for the desktop and interactive whiteboard app from Punflay.

Extend school cost savings: check out Virtual Rat Dissection for the iPad
Due to increasing demand, Punflay is adding another dissection app to its existing line-up of educational iPad apps. Now schools opting for virtual tools can extend their cost savings to higher grades as well, as students move on to rat dissection. 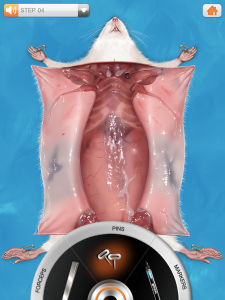 Internal organs are presented as 3D images and users can tap on the individual organs to see what they look like from different angles. Detailed information on the organs is provided to help the student learn about their structure and function.